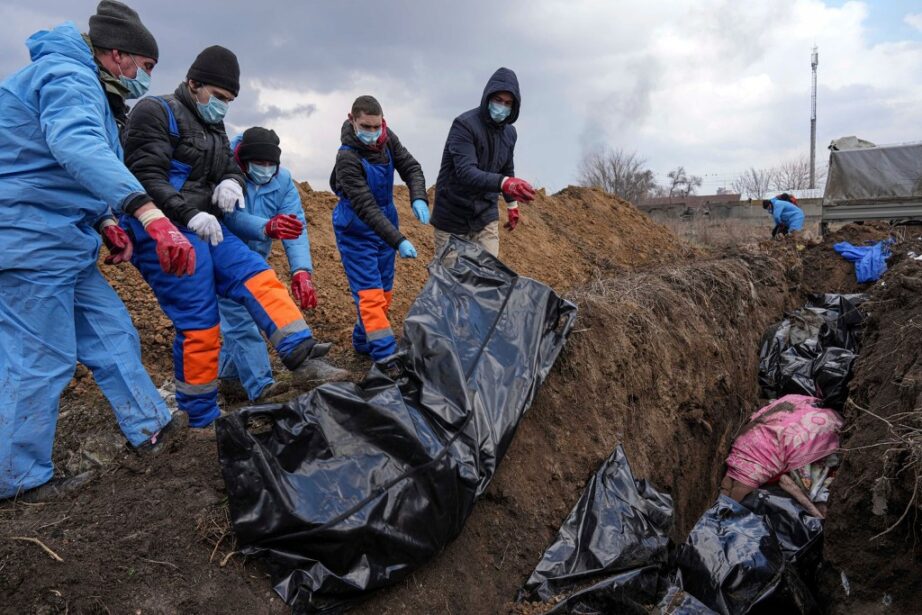 The United Nations General Assembly voted to suspend Russia from the U.N. human rights body. The 93-24 vote, with 58 abstentions, makes Russia only the second nation to be ever Suspended from the U.N. Human Rights Council.

The summary killings of civilians add to the growing body of evidence of numerous flagrant violations by Russian forces of the laws of war, as described in the Geneva Conventions and the International Criminal Court’s definitions of what constitutes a war crime.

Prosecutors in war-crime cases have a steep hill to climb. But experts in international law say the distressing images of civilians shot to death in Bucha and other towns vacated by the Russians, along with the accounts of eyewitnesses, could provide a trove of documentation for investigations.

Unlike other horrors of the Ukraine war, like the bombing of a maternity hospital, the flattening of a theater where people were sheltering, or the shelling of apartment houses, the killings in Bucha could not be cast as unintentional damage or easily denied by the Russians as propaganda.

“What’s different here is that you have images of civilians with their hands bound and executed — that’s a completely different kind of crime,” said Alex Whiting, a visiting professor at Harvard Law School who has worked on international war crimes prosecutions. “This very much looks like a crime.”

Rachel Denber, deputy director of the Europe and Central Asia division of Human Rights Watch, which has been gathering evidence of war crimes in Ukraine, said the killings have generated so much shock in part because many of the other civilian deaths in the war have been caused by indiscriminate shelling and bombing — although that is no less an atrocity.

“I think one of the reasons people are having a different reaction to these bodies on the ground is the suspicion that these victims weren’t indiscriminate, they were deliberate,” she said.

When Russia began the invasion on Feb. 24, there were widespread expectations that its superior strength would quickly subjugate Ukraine. But when they met fierce Ukrainian resistance, the Russians soon resorted to large-scale bombings and missile barrages, making little or no distinction between civilian and military targets, and leveling all or parts of some cities and towns.

• In a stark acknowledgment, the Kremlin’s spokesman admitted to major Russian losses. “We have significant losses of troops,” Dmitry Peskov told Sky News, “and it’s a huge tragedy for us.”