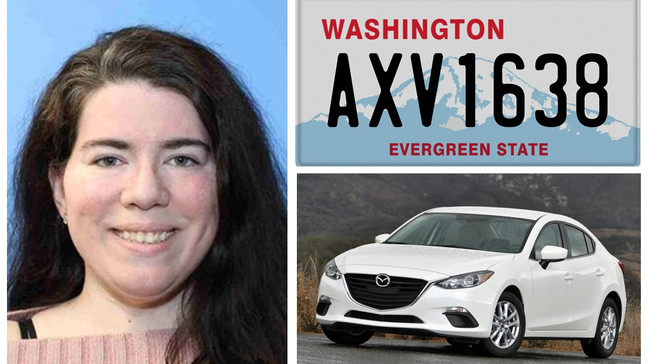 Investigators said they were glad they were able to solve the case but felt sad for the woman’s loved ones.

Police have arrested the former partner of a pregnant woman after her body was found almost a month after she went missing.

Kassandra Cantrell, 33, went missing just days before her first ultrasound was due.

She left her family’s house in Parkland, Tacoma in the US, on the morning of August 25. 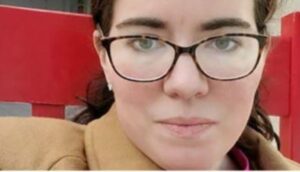 On Tuesday, her body was located along a steep hillside.

The same day her former boyfriend Colin Patrick Dudley, 37, was taken into custody at his home in Tacoma without incident.

He is now in the Pierce County jail on suspicion of murder.

Investigators said they were glad they were able to solve the case, but felt sad for Cantrell’s loved ones.

Kassandra Cantrell, 33, went missing on the morning of August 25. Her body was found on Tuesday. Credit: NBC

“It was a lot of work . . . . and we’re happy that there’s a resolution for the family,” said sheriff’s spokesman Ed Troyer.

But we’re also sad for the family.”

Cantrell’s mother, Marie Smith, said Cantrell had a doctor’s appointment for her first ultrasound and had also planned to go grocery shopping.

However, she didn’t have any money on her and her ATM card had not been used. 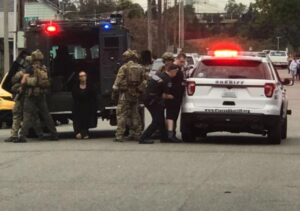 A man is taken into custody for the alleged murder of Kassandra Cantrell. Credit: Christmass, Pip/Twitter/Pierce Co Sheriff

The sheriff’s office said earlier this month that investigators had identified a person of interest, but they did not name that person.

Investigators were seen entering and exiting the home of Cantrell’s ex-boyfriend on September 1 as they searched the residence for clues.

Troyer said Tuesday that investigators uncovered surveillance video of the suspect dropping off her white Mazda car, which was found on the other end of town near the Tacoma Dome.

“We are treating this as a homicide investigation until something tells us differently,” Troyer said earlier this month.

Troyer said the person of interest is someone “that they want to eliminate and clear or name him as a suspect” but he did not elaborate on that information.

Cantrell’s car, a white Mazda, was found on the other end of town near the Tacoma Dome, but her mum doesn’t believe Cantrell was ever there either.

‘Not a safe area’

“That is not a place that she would ever be. It’s just not, there’s no reason for her to be there. It’s not a safe area, she wouldn’t be there,” Smith said.

Cantrell’s mother said she doesn’t believe her daughter decided to just pack up and leave.

“She would have taken her dogs,” Smith said.

“If she took nothing else, she would have taken her darn dogs because they’re her babies.”