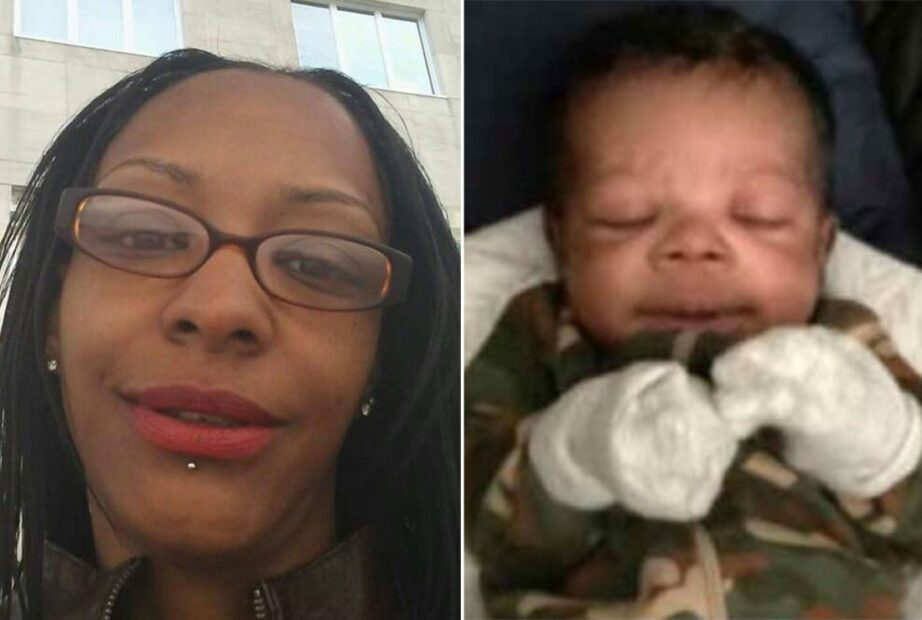 LaDonia Boggs, 39 was found “suffering from an apparent stab wound” after a “domestic” incident at a home in Northeast DC on Wednesday morning, officials said in a press release.

Jones was the father of 2-month-old Kyon Jones, who went missing last May, People Magazine confirmed.

Boggs told officials she had rolled on top of the infant while under the influence of angel dust and threw out his body in a panic, according to WRC-TV.

“He was ‘sleep on my chest and when I woke up, he wasn’t breathing anymore, because he was just that small. He was only 2 months old. He was a premature baby,” she said last year, according to the station.

“I came back in the house and got a blanket and his car seat, and wrapped it up and took it outside and just throwed it in the trash.”

Boggs was awaiting trial for throwing her dead baby in the trash when Jones murdered her.Washington Metropolitan Police D

Boggs was initially charged with murder but her charges were downgraded to tampering with evidence when young Kyon’s remains could not be located, according to the report.

She was reportedly awaiting trial when she was murdered.