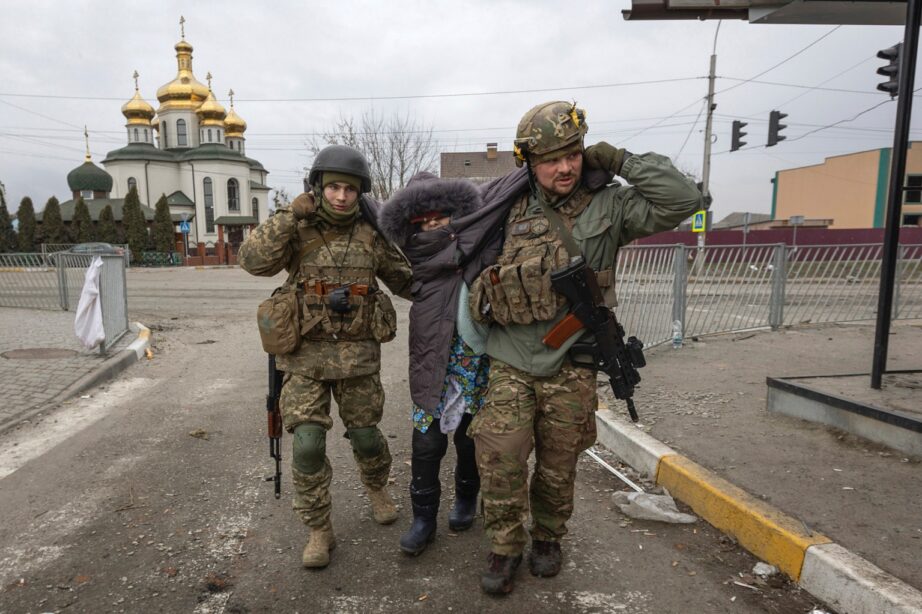 Russian troops in the strategically important Donbas region of Ukraine were ordered to kill prisoners of war — with chilling directions to make sure no one ever “sees them again,” according to audio intercept obtained and distributed by Ukrainian intelligence services this week.

“What the f–k can I tell you?” one soldier says to his comrade, according to a translation published by The Times of London. The first soldier then suggests that the eldest captive can live, but instructs the other: “Let the rest of them go forever.”

The second soldier replies, “F–king let them go forever! No one ever f–king sees them again, including their families.”

The audio, which has not been independently verified, was shared on the Telegram channel for the Ukrainian Ministry of Defense’s Intelligence Directorate.

“This is a blatant war crime, a violation of international law, and another striking example that the Russian army is murderers, rapists and looters, and by no means military,” the directorate said in its post.

It is unclear when the audio was taken, but Russian forces are currently threatening to overrun Popasna in the Kremlin’s renewed drive for the Donbas — Ukraine’s industrial heartland where Moscow-backed separatists have been fighting Ukrainian government forces since 2014, after the Crimea annexation.

One soldier is heard telling another to “f–king let them go forever!”AFP via Getty Images

The Luhansk regional government urged residents in Popasna and elsewhere to evacuate Friday ahead of the expected Russian advance.

However, as the fighting for the east continues, Ukraine seems to be gaining an edge in military equipment.

The Pentagon has said it expects this phase of the war to favor the use of artillery and armor.

The Biden administration announced Thursday that the US is sending another $800 million in military aid to Ukraine to assist the military as it defends against the Russian offensive in the east.

The Pentagon confirmed the package would include 72 155-millimeter Howitzers, 72 vehicles to tow the Howitzers and 144,000 artillery rounds. More than 121 tactical drones will also be sent to Ukraine, along with field equipment and spare parts.

The Pentagon also said Friday that it has been sending near-daily deliveries of rifle ammunition to Ukraine.

Serhiy Haidai, governor of the Luhansk oblast, says that Russia controls 80 percent of the Donbas region.

Some Russian forces had broken off from the attack on Mariupol in the south, and were heading for battlefields elsewhere in the Donbas.

Meanwhile, Danilov said, a late-night helicopter delivery had already brought weaponry and supplies to Ukrainian defenders of Mariupol, holed up in a steel mill and blockaded by Russian troops.