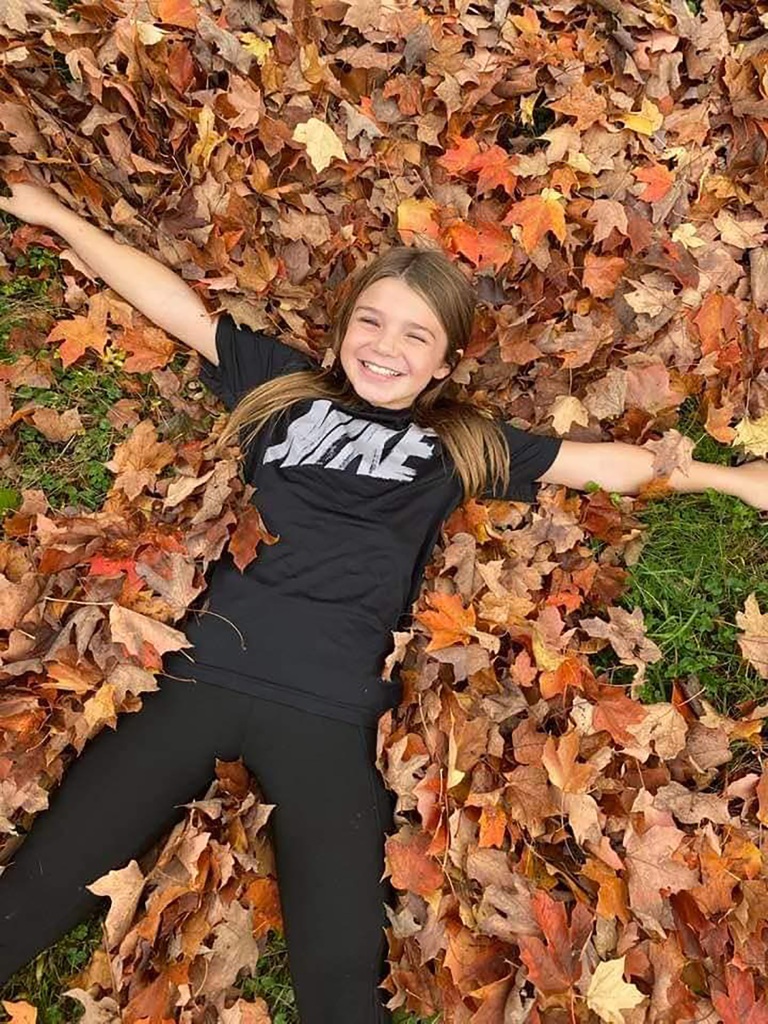 The father of the 14-year-old Wisconsin boy accused of murdering 10-year-old Lily Peters is a convicted pedophile, according to a new report.

The murder suspect’s dad had served three years in prison for being in possession of child pornography depicting young girls, the Daily Mail reported Thursday.

In a 2020 letter sent from behind bars to a judge begging him to be allowed to have unsupervised visits with his son, the dad described the future accused killer as “the best of me,” the outlet said, citing court documents.

Phe suspect’s dad in a mugshot from his previous arrest. Chippewa Falls PD

rosecutors said in court Wednesday that the man’s son, who has not been named by the authorities despite being charged as an adult, punched Lily Peters in the stomach, strangled her to death, struck her with a stick and then sexually assaulted her.

On Wednesday, a judge set the 14-year-old’s bond at $1 million, after the Chippewa Falls District Attorney’s Office detailed the shocking crime in court.

The father, pictured here, of the 14-year-old Wisconsin boy accused of murdering 10-year-old Lily Peters is reportedly a convicted pedophile.

The father of the 14-year-old suspect who allegedly murdered 10-year-old Lily Peters is a convicted pedophile, according to a report.

DA Wade Newell claimed that the teen planned to “rape and kill the victim from the get-go when he left the house with the victim to go down the trail.”

Online court records that were reviewed by The Post Thursday showed that the boy’s 37-year-old father, currently living in Eau Claire, Wisconsin, was convicted in July 2017 of 10 counts of possession of child pornography and one count of possession of drug paraphernalia.

According to filings in the case, which were obtained by the Daily Mail, police arrested the man after 10 vile images depicting young girls in compromised positions were discovered on his phone.

The man entered state prison in May 2018 and was released in April of last year to begin his supervised probation.

His lawyers, according to the documents, had opposed having him on probation because he could not have unsupervised visits with him son, whom he described in a letter to a judge as “the best of me.”

The convicted pedophile’s entry on Wisconsin’s sex offender website indicates that his registration ends in April 2039.

Peters — who knew her accused killer — had been in Chippewa Falls visiting her aunt over the weekend when she was reported missing Sunday by her father after she failed to return home.

Peters’ body was found on a walking trail near her aunt’s house in Chippewa Falls, Wisconsin.Dan Powers-USA TODAY NETWORK

A memorial for Peters in Chippewa Falls.Jeff Wheeler/Star Tribune via AP

The following morning, her body was found in a wooded area near a walking trail just blocks from her aunt’s house.

On Tuesday evening, Chippewa Falls Police Chief Matthew Kelm said a juvenile had been arrested in connection with the case but declined to provide further details.

Her remains were taken to the Ramsey County Medical Examiner’s Office in Minnesota, where additional forensic testing was underway.

The boy, identified only by his initials, appeared in adult court in Chippewa County by video from a juvenile detention center Wednesday. Judge Benjamin Lane agreed to DA Newell’s request for $1 million cash bond.

Lane said the high bond was necessary to protect the community given the teen’s “statements regarding his intentions and his statements regarding that when he did get off the trail, he punched the victim in the stomach, knocked her to the ground, essentially strangled her, hit her with a stick, before strangling her to the point of death — before he then sexually assaulted her,” Newell told the judge at the bond hearing.

The defense had asked for $100,000 cash bond, arguing that the boy is a not a flight risk because he is too young to drive.