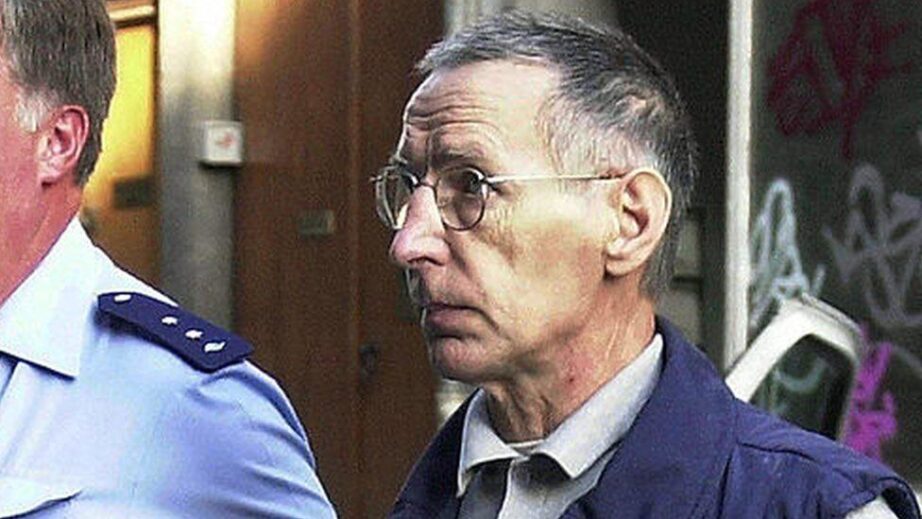 MICHEL Fourniret’s blood-soaked spree of rapes and murders only ended in 2003 when his last kidnapping victim gnawed through string binding her hands and feet, allowing her to escape his van and get help – she was 13 years old.

When cops arrested Fourniret that June, they couldn’t have imagined the nightmarish horror of the crimes they were about to uncover – committed by the serial killer and peadophile rapist now known as the Ogre of the Ardennes, who died on Monday.

Michel Fourniret was known as the Ogre of Ardennes for his despicable string of crimes in the French regionCredit: AFP – Getty

Fourniret, 79, passed away while serving life in prison after being admitted to hospital in Paris with respiratory problems.

The Frenchman was helped by his third wife, Monique Olivier, who wrote to him as a pen-pal while he was in prison in the 1980s for sexually assaulting and raping minors.

In letters they made a pact – she would help him find virgins to satisfy his sick fantasies if he murdered her first husband when he got out.

Here’s the horrendous story of Fourniret and Olivier’s crimes – which includes the riddle of one of Europe’s most infamous missing persons cases.

When Fourniret was caught in 2003, cops ended a spree of sexual violence which began all the way back in the 1960s.

He first became known to police after groping a minor in 1965 and would serve three years in jail in the 1980s for a string of sexual assaults on children in the Paris area.

Fourniret was known to authorities years before his arrest for murder Credit: ImageForum

While imprisoned, he placed an advert in a Catholic magazine for a pen-pal – to which nurse Monique Olivier replied.

In letters, Fourniret described an obsession with virginity after suffering incestuous sexual abuse from his own mother.

He would also later claim that discovering that his first wife was not a virgin on their wedding night led him to his preoccupation with the “symbol” of virginity.

Olivier wrote to him offering a pact in which she would help him hunt for virgins if he would kill her first husband when he got out.

Olivier would eventually be tried for the crimes she helped Fourniret commit Credit: EPA

In October 1987, they met at the prison gates when he was freed – Fourniret never kept his side of the deal, but Olivier kept hers.

Within months of his release, the couple began a frenzy of virgin hunting abductions, rapes and murders which lasted nearly 20 years.

Killing for cash and sadistic pleasure

Their first victim became a grim template for how they would operate.

Isabelle Laville was just 17 when she was targeted by the coupleCredit: Getty – Contributor

Olivier asked her for directions and persuaded Laville to get in the car.

Down the road, they picked up Fourniret posing as a hitchhiker after his car ran out of petrol.

In the vehicle, Fourniret “grabbed her by the hair and asked her was she a virgin, and she replied in the affirmative’’, according to The Herald Sun.

Fourniret strangled Laville with rope before Olivier drugged her with Rohypnol to sedate her.

They took Laville to their house in Saint-Cyr-les-Colons where Fourniret raped and strangled Laville to death.

Her remains were found at the bottom of a disused well in 2006.

The van Fourniret used to abduct his last victim – the couple often lured targets into vehicles before taking them to secluded areasCredit: AFP – Getty

Their second killing was slightly different from the others.

Farida Hammiche, 30, was the wife of a bank robber Fourniret had shared a prison cell with – she contacted him asking for his help digging up a stash of gold bars buried in a graveyard in March 1988.

He agreed to help and Hammiche paid him for the job, but a month later Fourniret strangled her to death and took the haul for himself.

Fourniret and Olivier bought a stunning castle called the Château du Sautou in northern France with their newfound fortune.

Their killing then became insatiable over the next few years.

While heavily pregnant with Fourniret’s baby, Olivier lured 20-year-old Fabienne Leroy from a supermarket into her car feigning illness and pretending to need directions to a doctor’s surgery.

They drove her to a forest, where Leroy was tied up, raped, and shot dead with a shotgun.

Olivier said she’d checked Leroy was a virgin before the killing on Fourniret’s orders, but later said she didn’t go through with it.

Jeanne-Marie Desramault, 21, met the killer couple on a train in 1989 as she was travelling to stay in a convent – Fourniret reportedly found her like a vision of the Virgin Mary.

Desramault was invited to their house to babysit but, when Fourniret asked her if she was a virgin after she arrived, he flew into a rage when she said no.

The couple gagged and strangled her to death before burying her in the grounds of the Château du Sautou.

Police would also find the body of 12-year-old Elisabeth Brichet near Desramault in the soil years later.

Fourniret and Olivier abducted Brichet as she was walking home from a friend’s house in Belgium.

After attempting to suffocate her with a plastic bag, Fourniret strangled her to death, storing her body in a freezer before burying her in the castle grounds.

Elisabeth Brichet was just 12 years old when she was murdered by Fourniret and OlivierCredit: AP:Associated Press

A year later, they lured 13-year-old Natacha Danais into their van after they spotting her walking home from a shop to fetch her mum’s forgotten purse.

They stabbed her in the chest with a screwdriver, strangled her, and dumped her body on a beach.

At trial, it was suggested that Fourniret raped her after she was dead.

Danais was the last murder they carried out together.

Brichet and Desramault’s bodies were found near each other in 2004Credit: AFP – Getty

Saison’s body was found by mushroom foragers a few months after her death, while Thumpong’s body was mostly eaten by wild animals by the time was discovered in the woods almost a year later.

Fourniret’s stomach-turning reign of terror came to a dramatic end in 2003 when his tried and tested method of kidnapping finally went wrong.

He lured a 13-year-old Belgian girl into his van and tied her up, sexually assaulted her, and threatened to kill her.

Fourniret leaving a Belgian court after his arrest in 2003Credit: AFP – Getty

But when the van stopped the girl broke free of her restraints and got out the vehicle – a passing motorist picked her up and managed to jot down Fourniret’s licence plate.

He was soon in custody and the victim’s hair found in his van.

Olivier turned on her husband in a bid to avoid a lengthy sentence herself and claimed she’d been the victim of a controlling psychopath.

Realising he was doomed, Fourniret cooperated with police and confessed to many of the crimes, even showing investigators where some of his victims were buried.

Fourniret led police to some of the sites where he’d dumped victimsCredit: EPA

In 2006, one of his daughters from a previous marriage tragically took her own life after her father’s horrific acts became known.

At trial in 2008, Fourniret was convicted of seven murders and sentenced to life in prison.

Olivier was also given a minimum of 28 years for her complicity in the killings.

The sickening testimony at trial included Fourniret saying he’d made Saison and Thumpong say: “Would you make love with me, monsieur?” and “Thank you, monsieur,” during their ordeal – phrases which Olivier admitted using herself to excite him during sex.

Fourniret and Olivier divorced while in prison in 2010.

Dad can ‘only feel terror’

But that wasn’t the end of the story – with Fourniret making more explosive confessions in recent years.

In 2018, he admitted responsibility for the 1990 murder of Joanna Parrish, a Leeds University student from Gloucestershire who was raped and murdered while working at a school in Burgundy as part of her French degree.

And in 2020, one of France’s most high-profile missing persons cases focused on the Ogre of the Ardennes.

Nine-year-old Estelle Mouzin didn’t come home from school in Guermantes in France in 2003, and a national search for her was launched.

And when Fourniret was arrested in Belgium later in the year, he was suspected to be involved – but a phone call from his home at the time of Mouzin’s disappearance gave him an alibi.

The case went unsolved for nearly 17 years until Olivier admitted in 2020 she’d made the phone call that discounted Fourniret from the investigation.

And Fourniret also personally confessed to being involved with Mouzin’s disappearance.

Last month, cops used diggers to search for Mouzin’s body in the forests of Ardennes after Olivier gave authorities new information about the whereabouts of her remains.