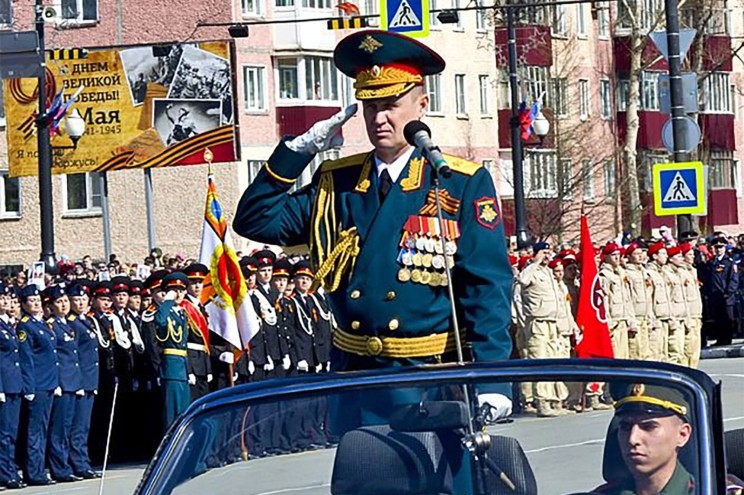 Ukraine has killed yet another Russian general in a further “serious blow to the morale” of the invading forces, a government adviser said Wednesday.

Maj. Gen. Oleg Mityaev died Tuesday during the storming of Ukraine’s most devastated city, Mariupol, according to Interior Ministry adviser Anton Gerashchenko — who later posted a photo of the body.

Mityaev would be one of several generals killed during the invasion, which Kremlin officials are reportedly calling a complete “clusterf–k.’’

Premature babies who were left behind by their parents lie in a bed in a hospital in Mariupol on March 15, 2022.AP Photo/Evgeniy Maloletka

Mityaev, 46, commanded the 150th Motorized Rifle Division and had fought in Syria, Gerashchenko said, saying his body was found with “the shoulder straps of a major general.”

He was “one of the most promising and iconic Russian military leaders,” claimed Gerashchenko as he celebrated “the liquidation of the general.”

“This is a serious blow to the morale of Russian commanders. And the huge success of the Heroes of Mariupol,” the Ukrainian official wrote

A map shows the advancement of Russian troops into Ukraine.

“Ukrainian soldiers in Mariupol have been fighting in full encirclement for 15 days. Every day they endure terrible artillery and air attacks,” he said of the city that the Red Cross said now looks “apocalyptic.”

Yet “in such difficult conditions, our soldiers find the opportunity to smash the enemy, and inflict terrible losses on the Russians, take prisoners every day, and take out the enemy’s top command staff,” Gerashchenko said.

President Volodymyr Zelensky had also earlier revealed also the latest death of a Russian general, without naming him.

That also followed the reported deaths of Maj. Gen. Vitaly Gerasimov, who had served in Syria and Chechnya, and Maj. Gen. Andrei Sukhovetsky, the commanding general of the Russian 7th Airborne Division, whose death is the only one confirmed by Russian officials.

Ukraine on Wednesday claimed that more than 13,800 Russian troops have been killed — while more than 3,000 military vehicles had been taken out of action, including planes, helicopters and battleships.

The Ministry of Defense even claimed that “40% of units that invaded during these 3 bloody weeks were destroyed or defeated.”

While Russia was replacing them, “They will meet the same fate,” the defense department said, declaring, “Ukraine is invincible!”