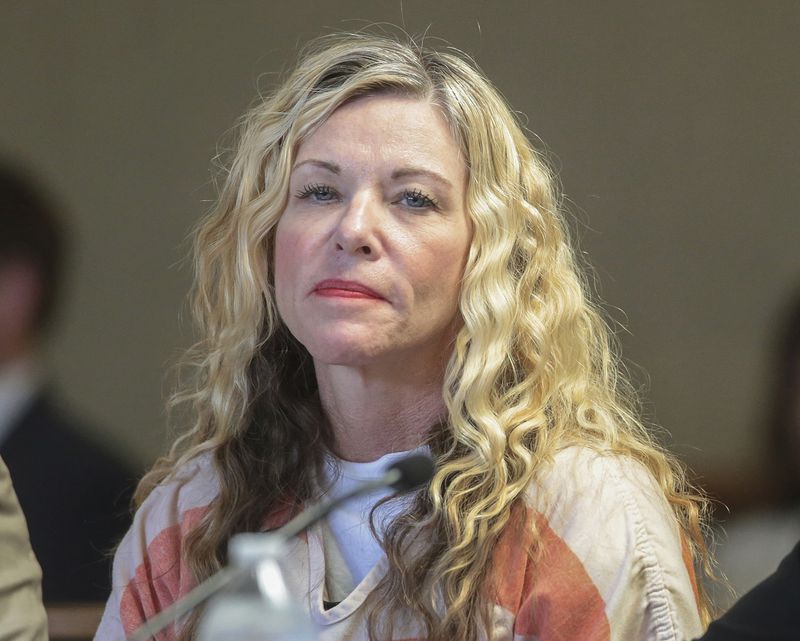 Lori Vallow was arrested in February and extradited back to Idaho. (John Roark/AP)

As Lori Vallow sits behind bars, charged in the disappearance of her children, investigators are trying to unfurl a tangled web that led to their deaths.

Here’s a timeline of the case, including deaths, adoptions and divorces.Remains of Lori Vallow’s missing children found on husband Chad Daybell’s property: family »

March 9, 1990: Chad Daybell and Tammy Douglas marry in Manti, Utah, at the Church of Jesus Christ of Latter-day Saints.

1992: Vallow marries her first husband, her high school boyfriend. Little is known about him, including his name. They divorce.

April 3, 2018: Joseph Ryan, Tylee’s father, dies from what is ruled a heart attack. His body is cremated.

Dec. 5, 2018: Vallow and Daybell appear together on a Preparing a People podcast, “Time to Warrior Up.” Preparing a People is rumored to be a doomsday cult that focuses on the second coming of Jesus. A statement on the group’s since-deleted website denied any involvement in the “missing children, nor any nefarious, criminal, illegal, or occult activities.”

February 2019: Charles Vallow changes his $1 million life insurance, listing his sister, Kay Woodcock, as his beneficiary. “(Charles) told me how to split it and, ‘Y’all are gonna need that money because JJ is expensive with all of his special needs,’” Woodcock told Fox 10.

Feb. 8, 2019: Charles Vallow files for divorce from Lori. In the documents, Vallow accused his wife of becoming “infatuated at times obsessive about near death experiences and spiritual visions.” He also claimed Lori had threatened to kill him “if he got in her way” during her mission as a God “to carry out the work of the 144,000 at Christ’s second coming in July 2020,” according to the court documents, and claimed she had “an angel there to help her dispose of the body.”

June 2019: Lori’s niece, Melani Boudreaux, files from divorce from her husband, Brandon Boudreaux. On Facebook, Brandon claims that Melani has followed Lori into a “cult.”

July 11, 2019: Lori Vallow’s brother, Alex Cox, shoots and kills Charles when he shows up at Lori’s house to pick up JJ. Cox claims self-defense and was never charged.

Aug. 10, 2019: JJ’s grandmother, Kay Woodcock, speaks with him over FaceTime, the last contact she ever has with him.

Chad Daybell was arrested in June after two sets of human remains were found on his property. (AP)

Sept. 8, 2019: Tylee, 17, is seen for the last time, photographed at Yellowstone National Park with Lori, JJ and Cox.

Sept. 23, 2019: JJ, 7, attends Kennedy Elementary school for the last time. Vallow tells the school that she is going to home-school him. JJ is never seen again.

Sept. 24, 2019: Vallow tells her babysitter that she is no longer needed and that JJ is going to stay with his grandmother in Arizona.

Oct. 1, 2019: Vallow rents a storage unit, which she visits nine times between October and November, according to surveillance footage. Many visits are with a man believed to be her brother, Cox, who also visited several times without her.

Oct. 19, 2019: Tammy Daybell, Chad’s wife, is found dead at home. Her death was ruled natural, but her family refused an autopsy.

Nov. 26, 2019: The Rexburg Police Department performs a wellness check at Vallow’s home after JJ’s grandparents report that they haven’t heard from him in months. Vallow lies and says JJ is visiting relatives in Arizona.

Larry and Kay Woodcock, JJ’s grandparents, offered a $20,000 reward for the safe return of him and his sister. (JOHN ROARK | [email protected]/AP)

Nov. 27, 2019: The Rexburg Police Department returns to Vallow’s home, but she and Daybell are already gone.

Dec. 12, 2019: Alex Cox is found dead in Gilbert, Ariz. His cause of death is eventually ruled a blood clot.

Dec. 20, 2019: The Rexburg Police Department announce a formal search for JJ and Tylee, which they tie to Tammy Daybell’s “suspicious death.” Police say in a press release that Vallow and Chad Daybell are not cooperating.

Dec. 30, 2019: The Rexburg Police Department say in a press release that they “strongly believe that Joshua and Tylee’s lives are in danger.” The children are not with Vallow and Daybell, officials say.

Jan. 25, 2020: Vallow and Daybell are tracked to Kauai, Hawaii, where she once lived with her family. Local authorities serve an order from the Madison County Prosecutor’s Office that requires Vallow to “physically produce Tylee and J.J. to the Idaho Department of Welfare in Rexburg, Idaho, or to the Rexburg Police within five days of being served with the order.”

Jan. 29, 2020: Larry and Kay Woodcock file for guardianship of JJ with the Madison County Magistrate court.

Jan. 30, 2020: Vallow misses the 5 p.m. deadline to produce JJ and Tylee to the Idaho Department of Health and Welfare or the Rexburg Police Department.

Feb. 20, 2020: Vallow is arrested and charged with two felony counts of desertion and nonsupport of dependent children and misdemeanor charges of resisting and obstructing an officer, solicitation of a crime and contempt. She is held on a $5 million bond pending extradition to Idaho.

Feb. 21, 2020: Vallow tells a judge she plans to fight the extradition order.

Feb. 26, 2020: Vallow waives her extradition to Idaho after her request to have her bail lowered is denied.

March 6, 2020: Vallow appears before Judge Faren Eddins for the first time. Her bail is lowered to $1 million.

March 13, 2020: Eddins removes himself from the case, per Vallow’s request. Michelle Mallard replaces him.

June 9, 2020: Chad Daybell is arrested and charged with two counts of destruction, alteration or concealment of evidence after police execute a search warrant on his property. Two sets of human remains are found.

June 10, 2020: The families of JJ and Tylee confirm that the remains found on Daybell’s property belong to the missing children. Daybell appears in court. His bail is set at $1 million.