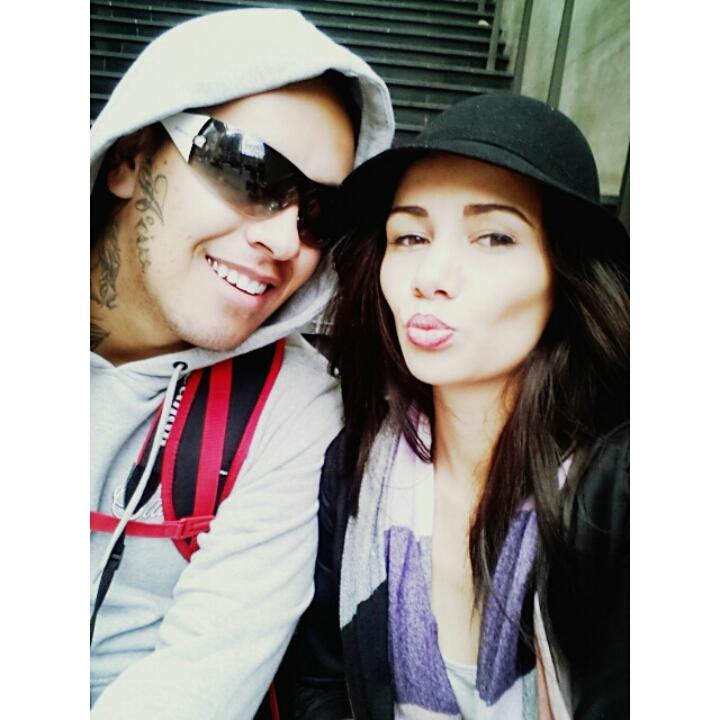 TARA Brown repeatedly begged her estranged former partner not to attack her just moments before she was bashed to death, police will allege.

More than 80 witness statements were submitted to the court as part of the police brief of evidence.

A recording and transcript of Tara’s triple-0 call, made as she allegedly fled from her former boyfriend on the morning of September 8, also forms part of the extensive police brief.

An audio recording of the call, which has left even veteran police officers deeply shaken, is expected to be a key piece of evidence in the trial.

The triple-0 call ­allegedly captures Tara begging Patea to stop, just seconds before he is accused of committing the crime for which he is now facing charges.

Police will allege Tara made the call just after leaving the Nerang childcare centre at which she dropped her young daughter about 8.45am.

About 40 seconds later, she begs Patea to leave her alone.

A loud crash is then heard, which police say is the sound of the collision when Patea’s vehicle allegedly rammed Tara’s car.

After eight days of fear during which he held scissors to her neck, Tara dropped off her daughter at kindergarten and was chased by Lionel in his 4WD.

The chase reached speeds of 100km/h before Patea rammed Tara’s vehicle, forcing it off the road.

He then went to the wreckage carrying a steel fire hydrant and beat Tara 16 times, causing devastating brain injuries.

Tara died after her life support was switched off on September 9, 2015.

Since being sentenced to life in prison for her murder, Lionel has brawled with other prisoners.

The phone stays connected through what follows as Tara, trapped in the wreckage, is bashed so severely, she died from her injuries in hospital a day later.

Remembering Tara Brown as the young, beautiful Gold Coast woman who doted on her gorgeous daughter. #RIPTara Photo: Instagram3 of 22

The audio was not played during yesterday’s court hearing, in court before a magistrate.

A gallery packed with Tara’s friends and family wearing white ribbons and red roses turned out for the solemn court appearance as Patea sat quietly in the dock wearing prison browns.

He spoke only briefly during the hearing, when Ms Tynan asked if he had anything to say or any plea to enter before being ordered to stand trial.

Johnathan Gardner, the partner of Tara’s mother, said it was hard to face Patea in court.

JUST 24 hours after the horrifying public deaths of Tara Brown and Karina Lock, the number of domestic violence calls for help doubled.

In the weeks that followed the number of calls have remained consistent, reaching an astonishing 400 requests for help or advice each day to DV Connect which operates a 24-hour seven-day-a-week crisis call line for Queenslanders.

As the support service yesterday moved its red rose tribute day from Brisbane to outside the Southport Courthouse, CEO Di Mangan reflected on the lasting impact from the two violent Coast incidents.

“All I can say is Tara Brown died on the 9th of September, Karina Lock on the 10th and on the 11th the calls to DV Connect doubled and they’ve not abated since,” Ms Mangan said.

“Queensland got the biggest wake-up of its life. These were two women were killed in public. I think historically domestic violence was behind closed doors. There was an element of shame about it.

In a silent but visible protest against domestic violence, Ms Mangan joined more than 40 family members and friends of Ms Brown who walked across the road to the courthouse in front of waiting media crews. They placed roses near the front door.

The tribute marked the beginning of a public campaign to prevent such crimes being hidden in future.

Outside the court, Jonathan Gardner, the partner of Ms Brown’s mother, said the rally was organised to send the message “that real men don’t hit women”.

“If you have a mate who is a perpetrator, let them know that they are doing the wrong thing,” Mr Gardner said.

“We’re showing our love and support for Tara and sending a message to the community. Our family is coping, we are getting there day by day. Tara was well loved. It’s a huge family.”

Lawyer Jason Hall, who was Ms Brown’s boss, said the impact of the death of the ­former Southport office worker was devastating, not just for the family but also for her co-workers.

“We thought that we got her to a stage where she was fine, where she was starting her new life. That obviously hasn’t happened,” he said.

While DV Connect bosses are satisfied with government support, volunteer legal services on the Coast say they need funding to help see the growing numbers of domestic violence clients wanting their help.