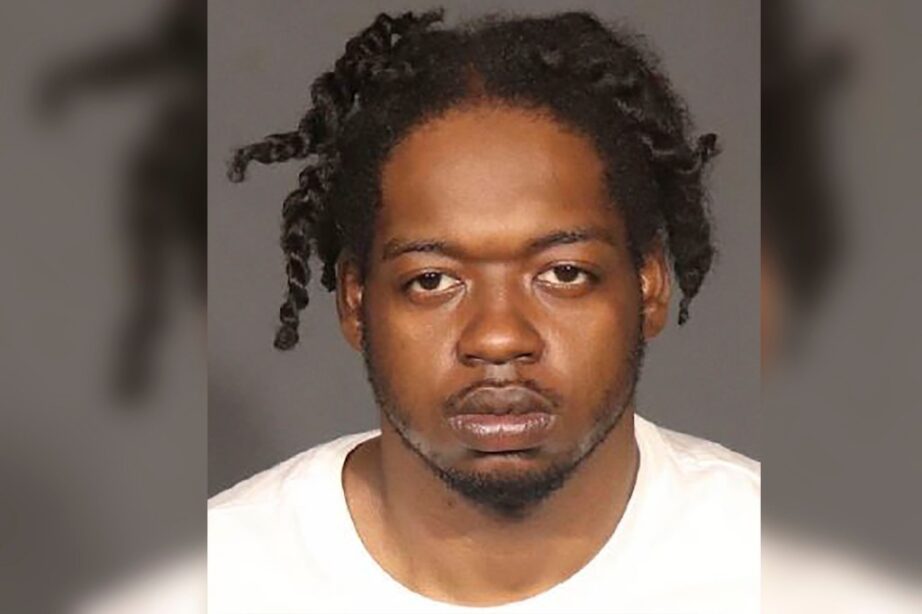 The career criminal sought in the subway shooting death of Goldman Sachs employee Daniel Enriquez last weekend was busted by cops Tuesday, as a minister and his attorneys were negotiating his surrender at a Chinatown station house, according to police sources and his lawyers.

Andrew Abdullah, 25, was hit with second-degree murder and second-degree criminal possession of a weapon in the 11:42 a.m. shooting aboard a Manhattan-bound Q train on Sunday morning, police said at a briefing.

“I’m glad for the city,” the slain man’s partner Adam Pollack said Tuesday after learning of the bust. “It doesn’t change anything for me, though. I don’t get any relief.”

Andrew Abdullah, 25, turned himself in at the 5th Precinct in Chinatown after negotiating his surrender through a Brooklyn pastor.New York Police Department via AP

Abdullah sought to turn himself in to Mayor Eric Adams in negotiations through a Brooklyn bishop — who showed up at the 5th Precinct in a Rolls Royce Tuesday afternoon. But he was instead nabbed by cops at the Legal Aid Society offices in Manhattan when the talks were going on, police sources and the society said.

Abdullah had been on the lam since the Sunday morning shooting on the last car of the train.

“A killer is off our streets,” Adams said.

Andrew Abdullah had been on the lam since the Sunday morning shooting.Paul Martinka

At a press briefing Tuesday, NYPD Chief of Detectives James Essig said the gunman was “pacing back and forth inside the train car muttering to himself” before the shooting.

“The only distinguishable words heard were, ‘no phones,’” Essig said. “The male suddenly and without any prior interactions or provocation walked up to our victim… and shot him one time in the chest.”

Abdullah was initially identified as a person of interest in shooting by sources earlier this week, before his surrender and charging Tuesday.

Daniel Enriquez’s family lashed out at City Hall over runaway violence in the five boroughs and the city’s transit system.Michael Dalton

After his bust, Abdullah’s lawyers complained about how he was treated while negotiations were still going on.

“Before Andrew Abdullah could voluntarily surrender himself to the local precinct, he was needlessly ambushed out front of our Manhattan trial office by City Marshals, denied of his opportunity to first consult with counsel,” legal aid said in a statement.

“Since last night we have been actively speaking with the New York Police Department and the New York County District Attorney’s Office to negotiate his surrender, and what transpired today was completely inappropriate and unwarranted given those conversations,” it said.

Bishop Lamor Whitehead, a controversial Big Apple clergyman, told reporters outside the precinct that he was “startled” when “eight officers, guns drawn, ran by me and made [Abdullah} get on the floor.

“This man is innocent,” Whitehead said of Abdullah. “His family has untold paperwork showing that he has mental health issues. As he states, he doesn’t remember anything

I pray that the courts do the right thing with this young man,” the bishop said. “But as per him wanting to turn himself in, I don’t believe he’s a villain.”

Whitehead said he reached out to the mayor’s office trying to negotiate a peaceful surrender before police arrested Abdullah.

“Mayor Adams, we’ve been in contact all morning and he was ready to be here for the young man to be turned in,” he said outside the stationhouse.

“I wish the police department would have done it a little different and allowed what pastors do. This is what we do,” the bishop said. “And this really hurts me because I thought we had a relationship, right?

When asked what he said to the mayor, Whitehead would only say, “I had multiple conversations. I don’t really want to get into it, but he was very in support of this young man turning himself in, because Mayor Adams is cleaning this city up. And to hear that the alleged person did the crime is willing to turn himself in, he was glad to hear this.”

Whitehead has made headlines before for his close ties to Mayor Adams.  Whitehead himself has a criminal record for identity fraud and grand larceny,  he has also been accused of pushing bogus youth mentoring programs.  Adams nevertheless stood by Whitehead when asked about him in 2016.

Police said the shooting happened after gunman paced back and forth on the last car of the train and then pulled a gun and shot Enriquez once in the chest.

The victim was rushed to Bellevue Hospital, where he was pronounced dead, police said.

NYPD spokesman John Miller also confirmed Tuesday that cops had stopped Abdullah as he fled the station — but let him go because he had changed his appearance and did not fit the description of the shooter.

“‘Why are you stopping me?’” Miller says the accused shooter told the cop. “‘I didn’t do anything,’ and so forth. They radio back. They get the description of the black hoodie. They document the stop and there’s nothing to connect him to that.

“Later, when we get that picture that you saw yesterday you see the sweatpants, the sneakers, the hoodie and underneath it you can see this orange or red shirt,” he said. “And the transit officer looked t that and says, ‘That’s got to be the guy I stopped.’”

In the wake of the senseless shooting, Enriquez’s family lashed out at City Hall over runaway violence in five boroughs and the Big Apple transit system.

“I wish you guys would go back to Mayor Adams and tell him the city is not safe,” the dead man’s sister, Griselda Vile, told The Post. “My brother just became a statistic on the way to the city. He was shot at close range.”

My brother just became a statistic on the way to the city,” Daniel Enriquez’s sister said.Michael Dalton

Abdullah, who has at least 19 arrests in more than a dozen incidents since 2015, fled the Canal Street station after the shooting and had been the subject of a police manhunt.

He had been freed after a stolen car bust in April, despite Brooklyn prosecutors asking that he be held on $15,000 bail.

“The most basic purpose of the criminal justice system is to keep people safe and in the only state in our nation where a judge is not allowed to consider dangerousness when sending bail,” Adams said at the briefing.

Police said the gunman paced back and forth on the last car of the train before he pulled a gun and shot Daniel Enriquez once in the chest.New York City Police Department via AP

“This was another, yet another failure of that system,” the mayor said. “And now Daniel Enriquez is gone. His family and loved ones are suffering and they rightfully want to know why.”

Adams sidestepped questions about his relationship with Whitehead, a controversial figure who once served a five-year prison term for fraud and grand larceny before being released in 2013.

“Well, we always encourage, particularly the religious leaders, I have a good relationship with many of the religiously throughout the city,” he said. “And when it was placed on my radar, that this person wanted to turn themselves in, I communicated with law enforcement because it’s about getting the bad guy off the street.

“That’s what we did,” he said. “And all that participated in assisting us to do so.”

Asked about the bishops claims that he was on the phone with the mayor, Adams referred questions to prosecutors because “this is an active case.”

Pollack, Enriquez’s live-in partner, told The Post Monday that Enriquez had only recently started taking the subway to work due to a surge in Uber pricing.

Enriquez’s live-in partner, Adam Pollack, told The Post Monday that Enriquez had only recently started taking the subway to work due to a surge in Uber pricing.

Pollack, 54, said his partner of 18 years typically traveled to his job at Goldman Sachs four days a week and liked to venture into Manhattan on Sundays for brunch and to shoot pool with friends at a local watering hole.

“He was going to brunch,” he said of Enriquez. “It’s just so random.”

Police released surveillance photos of the gunman following the shooting.

The killer fled after the 11:42 a.m. incident, handing the murder weapon off to a homeless man when he reached Centre Street before running off.

Cops said the homeless man then sold the weapon — a 9mm Luger — to another vagrant in exchange for $10 worth of crack cocaine — with that man then turning the gun over to police.

Essig said the gun had been reported stolen from Virginia in 2019.

On Tuesday, police sources said tests on that gun positively identified it as the weapon that killed Enriquez on the subway train.