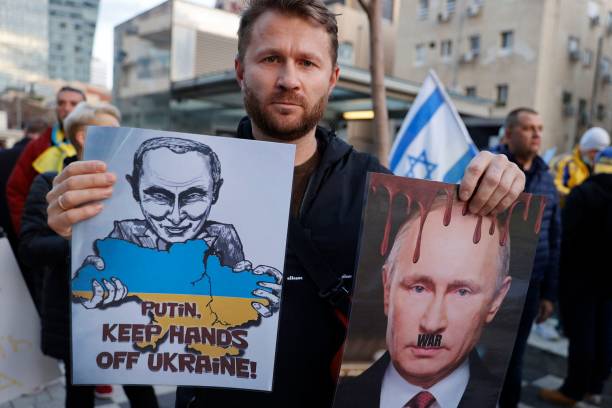 After invading Ukraine, he’s tightening the screws the way the Soviets did—and that will help the CIA recruit Russians.

I spent 34 years in the Central Intelligence Agency’s clandestine service, and watching Vladimir Putin’s brutal war in Ukraine from the sidelines fills me with both sadness and a sense of opportunity. Espionage is a predatory business, and there’s blood in the water. Mr. Putin’s self-inflicted damage has done more to turn his own people against him than anything the West could have done.

Mr. Putin’s disastrous choices are causing military strategists to reconsider which tactics could be used against Russia’s overrated and underperforming armed forces. Political experts and economists are rethinking tools for punishing malign behavior. Other potential aggressors—namely China—must take notice. If your job is cultivating spies, I suspect that recruiting must be good.

Russian mystique is gone. Mr. Putin has proved his country is the declining power that the best-informed Russia watchers claimed it was. Fewer pundits will wax poetic over Mr. Putin’s cunning and strategic brilliance. He might have been a capable operations officer during his KGB career, but he clearly missed the classes on self-awareness and counterintelligence. The more he tightens the security screws and covers Russia’s window to the world, the more likely those he depends on will turn against him.

Resurrecting the Soviet empire, as Mr. Putin wants to do, brings with it the same forces that prompted most of the Warsaw Pact’s best CIA agents to turn against the Kremlin. Agents across the Soviet bloc often shared the same desire: to inflict whatever harm they could. They took up the fight not for money, but to undermine a toxic system that enriched a corrupt elite, wrought suffering and economic stagnation, and occasionally brought the world to the brink.

Some of the CIA’s Russian agents were so dedicated that despite years of service and risk, they refused to give up the fight and leave their homeland even when they were in grave danger. One of the most famous was Adolf Georgievich Tolkachev. Known as “The Billion Dollar Spy,” Tolkachev was a Soviet electronics engineer. Angered by how dissident family members had suffered under Stalin and by the Kremlin’s corruption, Tolkachev provided the CIA documents on Soviet missile systems, avionics and radar that undermined Soviet air capabilities—information that continues to provide value today.

Another was Maj. Gen. Dmitri Fyodorovich Polyakov of the Soviet Main Intelligence Directorate. He believed corruption had denied his son vital medical care, leading to the boy’s death. Polyakov helped the U.S. keep the Cold War from ever turning hot by providing key intelligence on the split between Moscow and Beijing that helped persuade President Richard Nixon to undertake the opening with China.

In December 1980, the U.S. used intelligence from Col. Ryszard Kuklinski, a senior officer on the Polish general staff and a CIA agent, to expose Soviet plans to invade Poland. Kuklinski’s decision to turn against his government’s Kremlin masters came after Soviet tanks rolled into Czechoslovakia to crush the Prague Spring of 1968.

If truth was able to penetrate the Iron Curtain and reach the likes of Tolkachev, who never left the country and had no access to the outside world apart from shortwave radio, Mr. Putin won’t be able to extinguish truth in the digital age. Russians have been watching the puppet show and can see the strings.

Mr. Putin has delivered a rival intelligence officer a great gift: a precipitating crisis. The desire to take control over their own destiny amid crisis drives people to spy. Intelligence officers take advantage of that desire to secure an agent’s cooperation through inspiration, trust and means to make a difference. Mr. Putin’s bumbling has provided the crisis, Ukrainian courage the inspiration, and the response of the U.S. and its allies the trust and tools for Russians to strike back.

Some of the CIA’s best agents have been volunteers who finally are pushed over the edge by a life-altering event and offer their services to an intelligence service. Tolkachev, Polyakov and Kuklinski were volunteers. Thanks to Mr. Putin’s deplorable behavior, I expect an increase in Russian volunteers who have toyed with the idea of doing something to better Russia’s future and might now be receptive to an encouraging nudge.

Mr. Putin will use intimidation, violence, repression and bribery to combat counterintelligence risk and will reward blind loyalty from the incompetent and opportunistic sycophants who lord over his system. But these measures will only create incentives for the brave to act—and it takes only a few to make an extraordinary difference.

He has undermined in weeks what Russia took almost 30 years to achieve. The country survived the perils of near-bankruptcy and a crumbling national defense and used oil-fueled economic leverage to increase its domestic prosperity and international influence. Russian armed forces projected power far from home, and the country’s intelligence services acted with impunity, conducting sabotage, assassination operations, cyberattacks and disinformation campaigns that wreaked economic havoc and polarized liberal democracies.

Only weeks ago, Russians were vacationing in far-off destinations and buying imported cars and other luxury items. Today Russians are lucky if they can get to their own money (what’s left of it after the ruble’s collapse) and keep a job. Soon they may struggle to put food on the table. Weeks ago, the world trembled at Russian power. Mr. Putin is no longer the master chess player; he’s the great and powerful Wizard of Oz hiding behind a curtain.

He still could bring the world to an apocalyptic end. But his Cold War predecessors also had that power. It didn’t make Russia great in the eyes of its own people then, nor does it today.

The Soviet state indiscriminately destroyed instead of built, while the Russian elites immersed themselves in luxury as working people toiled and suffered. That drove some of Russia’s greatest patriots to step forward in the past. Mr. Putin may resurrect the Soviet empire, but he will have to contend with a new generation of patriots who will fight for Russia’s freedom and bring about his doom.

Mr. London, a former CIA operations officer, is author of “The Recruiter: Spying and the Lost Art of American Intelligence.” He teaches intelligence studies at Georgetown University’s School of Foreign Service and is a nonresident scholar at the Middle East Institute.

Wonder Land: Vladimir Putin is a modern-day Adolf Hitler and he is attempting to exterminate the Ukrainian people.