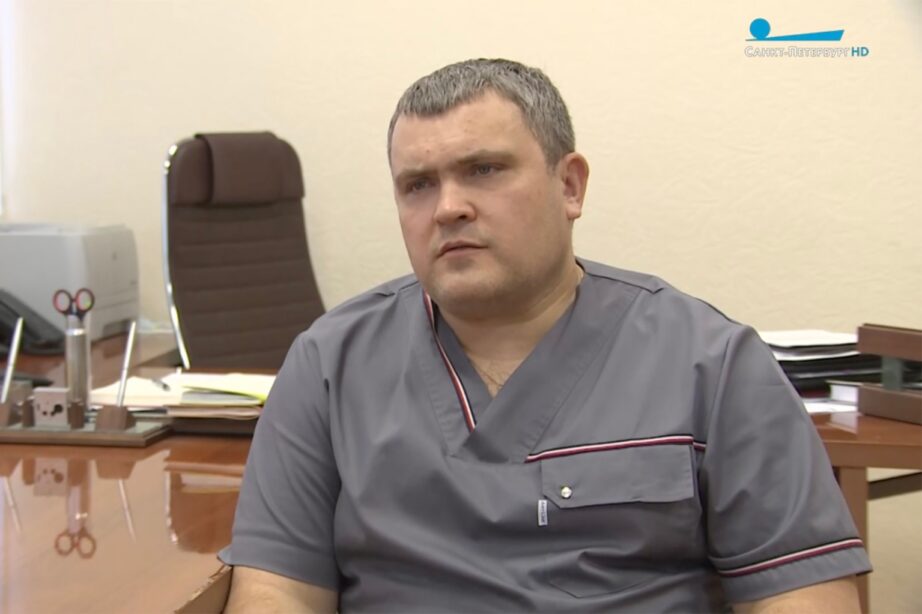 Seven people died and at least two dozen were poisoned after doctors told them to “swallow battery fluid” before having X-rays.

The victims suffered agonising deaths and chronic injuries after the deadly blunder at St Petersburg’s Municipal Diagnostic Center No. 1 clinic in Russia.

A senior Russian doctor has since been detained as part of a criminal probe into the mix-up, accused of using industrial fluids not for human consumption.

Dr. Yevgeny Popov is being held on suspicion of causing death by negligence and providing services that did not meet the required standards.

Patients reportedly drank the “battery fluid” in preparation for undergoing x-rays of the oesophagus, stomach and intestine at the clinic.

But they soon began to experience hellish symptoms that were allegedly disregarded by medics.

At least four of the patients passed away less than 12 hours after downing the deadly cocktail.

Expert pathologist Zhanna Shmidt told local newspaper Moskovsky Komsomolets: “In this clinic, they simply took an uncertified powder and dissolved it in water.

“What they received was actually battery fluid. This is not a metaphor – it’s how it was. Car batteries also contain barium salts.

“As I understand it, this technical powder was sold for some kind of laboratory research, and not for oral use.

“In reality, it turns out that people drank battery fluid, naturally causing damage to the intestine, severe burns, poisoning.”

Swallowing toxic substances such as battery fluid can wreak havoc on the oesophagus and stomach, as well as causing serious infection and organ failure.

A 60-year-old woman was the first victim to be rushed to hospital, before she tragically passed away 12 hours later.

The Russian government is currently investigating the deadly accident.EAST2WEST NEWS

Father-of-four Alexey Tsaryov, 42, was then admitted after his condition dramatically deteriorated after returning home from his routine x-ray.

His heartbroken wife Alexandra, 38, said he had complained to doctors while drinking the liquid that “he felt dizzy and his eyes went dark.”

She explained: “He told the doctors about it, but they replied that it was normal, that this could happen. He finished it all, carried out the procedure.

“He said that he was not well, they said: ‘Go home, and lie down.’ He came home in a terrible state, he could not stand normally.

“Then it got worse, vomiting began. He said he could not feel his hands, his face was all numb. He felt some poisonous chemical solution was inside him.”

The terrifying tale was echoed by other locals, as another woman also suffered the same fate and passed away shortly after visiting the clinic.

A string of others were also admitted to hospital, before three more people died on February 1.

Another death in connection with the incident was then announced today.

Viktoria Andreeva told how her mother Tatyana, 66, had suffered an excruciating death on the same day she drank the substance ahead of the x-ray.

She said: “I don’t understand how a hospital can give a chemical that affects the human body so much that people die in a few hours. It is very strange.”

Another victim, Lyudmila Rechinskaya, 75, immediately felt unwell after the examination, before noticing blood in her vomit, her daughter Anna said.

The grieving Anna even accused medics of trying to cover up the scandal that has rocked the country.

Another man mourning his mother, Dmitry Eryomin, claimed he had returned home to find her extremely unwell before she died later that night.

It quickly emerged that all of the affected patients had each visited the same clinic in St Petersburg and drank the fluid.

At least two dozen more victims are said to have been poisoned by the substance after swallowing it ahead of x-rays.

Viktoria Andreeva blasted the Russian hospital for attempting to cover up the fatal accident.EAST2WEST NEWS

But there are fears even more victims could have been handed the deadly dose and could be dismissing their symptoms of acute nausea and sickness.

Russia’s Investigative Committee has launched a criminal investigation into the incidents.