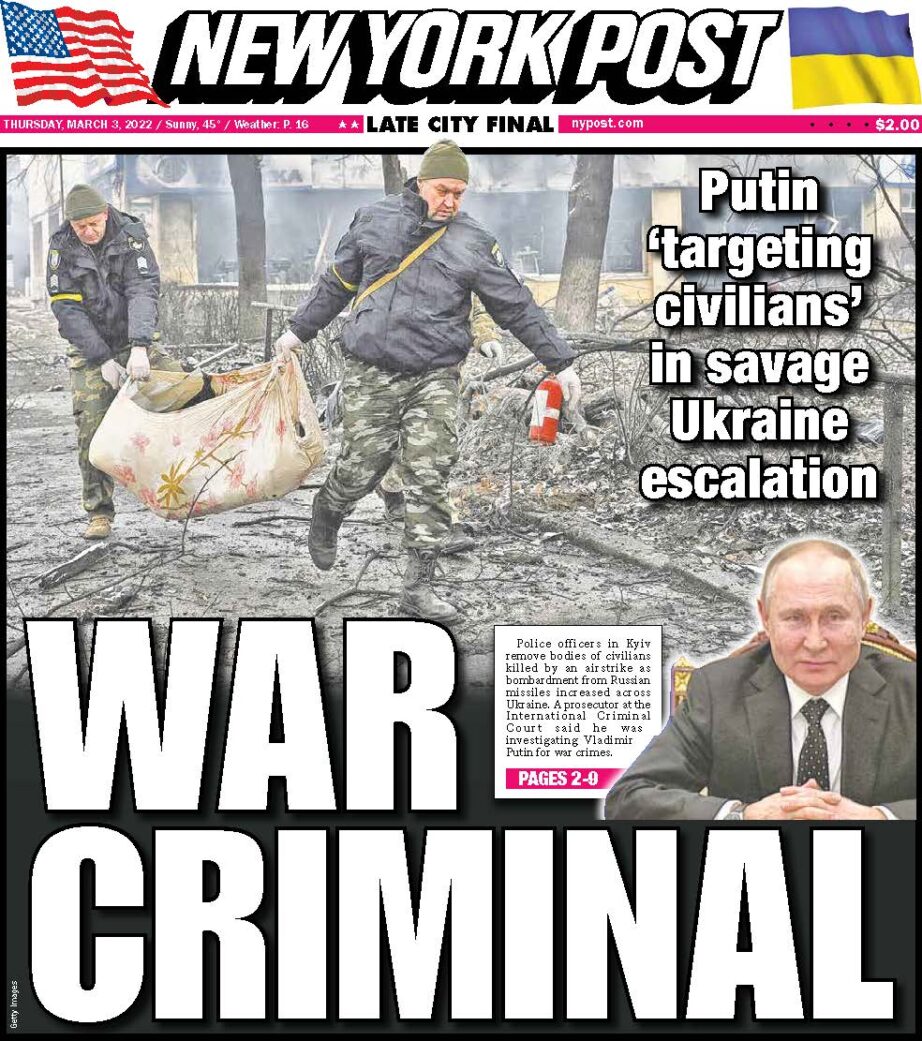 US Sen. Lindsey Graham called on Russians to assassinate President Vladimir Putin Thursday night, as Ukraine pleaded with the West to fight the “nuclear terror.”

Graham, 66, a South Carolina Republican, made the call to action on Twitter as he compared Putin to Roman dictator Julius Caesar and Nazi leader Adolf Hitler.

“Is there a Brutus in Russia? Is there a more successful Colonel Stauffenberg in the Russian military?” Graham wrote.

“The only way this ends is for somebody in Russia to take this guy out. You would be doing your country – and the world – a great service.”

Putin was said to be holed up in the Ural Mountains, fuming at the resistance his army is facing in Ukraine — and at home — as his attack on Russia’s peaceful neighbor entered its second week.

If the Zaporizhzhia plant in the port city of Enerhodar had exploded, it would be “the end for everyone. The end for Europe. The evacuation of Europe,” Zelensky said.

A day earlier, Graham had reportedly said it was a mistake for his political ally former President Donald Trump to call Putin a “genius” for the unprovoked war.

“Let’s just make it clear, Putin’s not a genius, he’s a war criminal,” said Graham, according to CNN