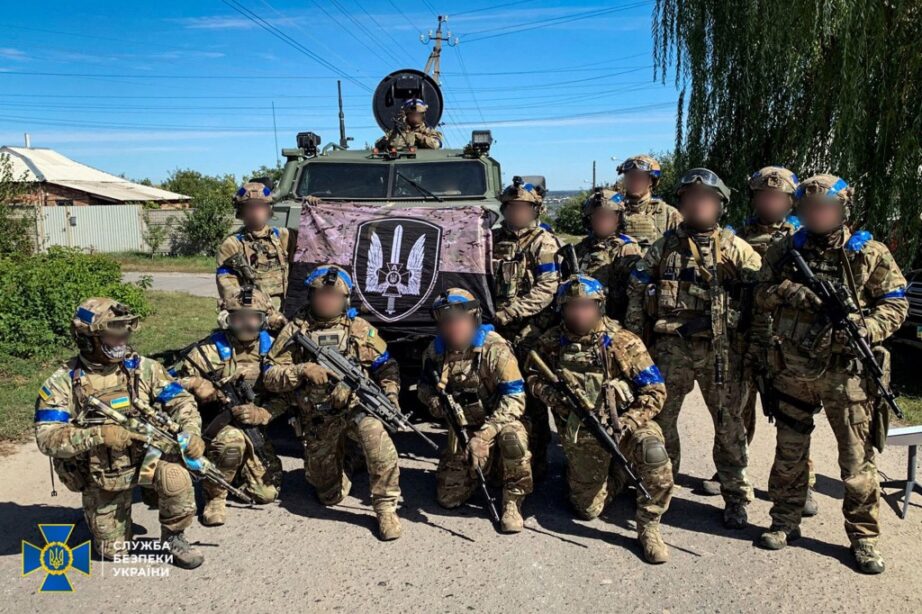 Ukrainian forces have captured the city of Kupiansk, a crucial supply centre for Russian troops. Press Service of the State Security Service of Ukraine/Handout via REUTERS 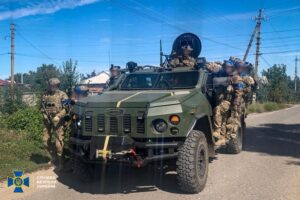 In what may signal a turning point in Ukraine, its forces gained control of a vital Russian supply hub in the northeastern part of the country — part of its shock counteroffensive to recapture territory lost to Moscow after February’s invasion — as Russia’s Defense Ministry announced a troop pull-back Saturday.

Ukrainian special forces troops posted photos to social media showing their officers in the city of Kupiansk, a vital supply center for Russian troops just 35 miles from the border with Russia, according to reports.

The gains could mean a crucial turning point in the war, analysts said. The Institute for the Study of War, a Washington-based think tank, estimating that Kyiv has seized around 965 square miles in its northeastern breakthrough.

Russian Defense Ministry spokesman Igor Konashenkov said Russian forces would be regrouped from the Balaklija and Izyum areas, according to Russia’s TASS News Agency. The two cities are about 50 miles southwest of Kupiansk. The withdrawal reflects a wide

The Kupiansk rail and road hub located in the western half of the city was the last major artery connecting Russia with thousands of troops, the Wall Street Journal reported.

The UK Ministry of Defense said Ukrainian troops had advanced to within 30 miles of Kharkiv, the nation’s second-largest city, 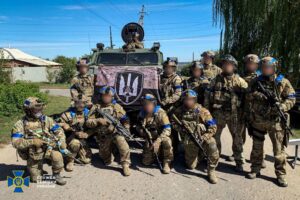 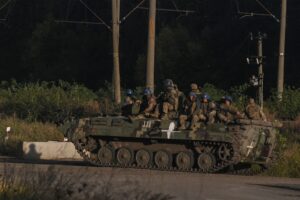 “Russian forces were likely taken by surprise. The sector was only lightly held and Ukrainian units have captured or surrounded several towns,” the ministry said in its daily update, calling the capture of Kupiansk a “significant blow” that would greatly affect Russian supply lines in the area.

“It’s crucial to keep sending arms to Ukraine. Defeating Russia on the battlefield means winning peace in Ukraine,” he added. 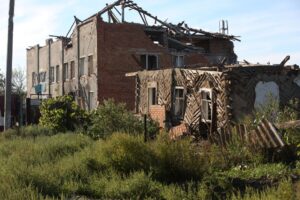 Ukraine’s president Volodymyr Zelensky announced late Friday that his troops had retaken some 30 towns and villages in the northeastern Kharkiv region.

“In some of the villages of the region, actions to check and secure the territory continue, we are gradually taking new settlements under our control – we are returning the Ukrainian flag and protection for our people everywhere,” he said in a social media post. 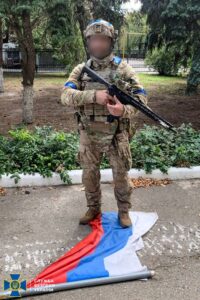 Ukraine launched its counteroffensive in the eastern part of the country earlier this week as well as an assault in the south in order to reclaim the Russian-occupied region of Kherson. Some analysts suggested Russia may have taken soldiers from the east to reinforce around Kherson, which is about 400 miles to the south on the Black Sea, offering the Ukrainians the opportunity to strike a weakened front line.