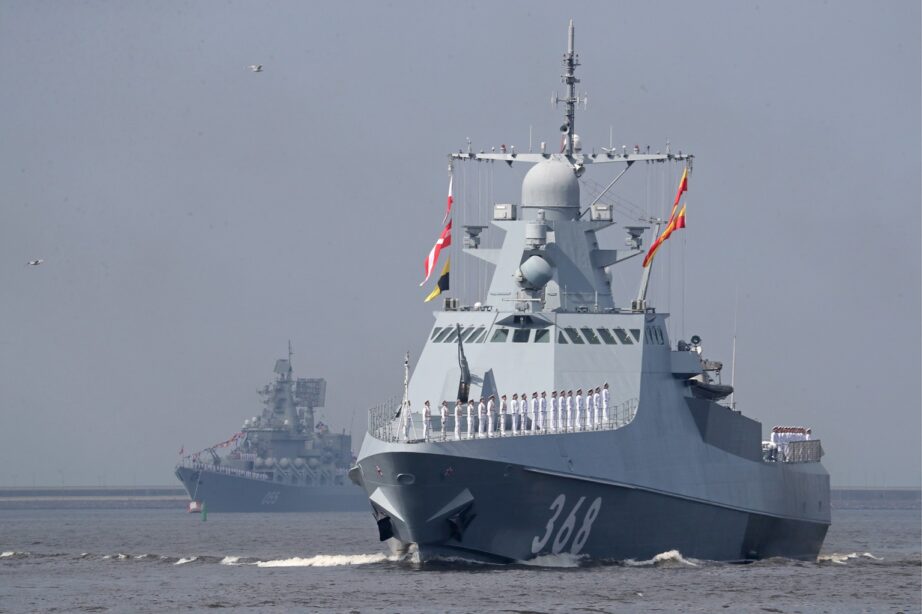 A Russian warship that fired on a group of Ukrainian border guards after being told to “go f–k yourself” was destroyed in battle, according to a report Tuesday.

“We f–king hit them,” a man is heard saying on a recording of the conflict, the Times of London said.

Another man reportedly echoed the famous words of the Ukrainian soldier who defiantly resisted a Russian order to surrender a military outpost on Snake Island in the Black Sea during Day One of the invasion.

The Valisy Bykov — a Russian Warship that fired on guards at Snake Island — has been destroyed in battle.Alexander Demianchuk

The Valisy Bykov, a small warship known as a “corvette,” was one of two Russian vessels that opened fire on Snake Island on Feb. 24, the Times said, citing the Janes military intelligence group.

An audio clip captured part of the ship’s confrontation with a contingent of 13 Ukrainian soldiers that refused to abandon its post on the island.

Ukrainian soldiers at Snake Island told the crew of the Russian warship to “go f–k yourself” after they were ordered to surrender.Facebook / Armed Forces of Ukrai

“This is a Russian warship,” an unidentified voice can be heard saying. “I propose you lay down your weapons and surrender to avoid bloodshed and unnecessary victims. Otherwise, you will be bombed.”

The resisters were initially believed to have been killed by an ensuing barrage, but Ukraine’s navy later revealed the group survived and was “taken captive by the Russian invaders.”

The Vasily Bykov was then hit during an exchange of rockets early Monday, possibly by a missile fired by land-based Ukrainian forces defending the port city of Odessa, which for days has been bracing for a Russian attack, the Times said.

“Ship was destroyed, it is confirmed,” a Ukrainian military source told the British paper.