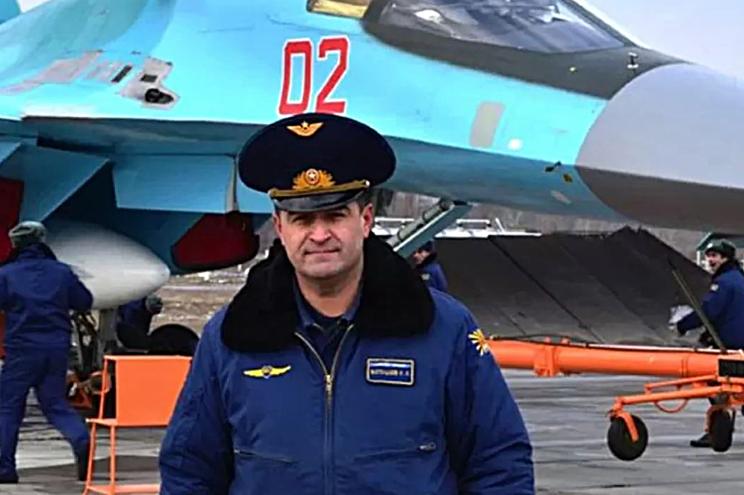 Russian Maj. Gen. Kanamat Botashev was reportedly killed by a Stinger missile while flying over the Luhansk region of Ukraine.

A Russian general was killed by Ukrainian forces, making him the highest-ranking fighter pilot to die in the war in Ukraine, according to reports.

Maj. Gen. Kanamat Botashev, 63, became the 13th general to die in Ukraine when he was hit by a Stinger missile while flying over the Luhansk region on Sunday, sources told BBC Russia.

BBC Russia reported that Botashev had previously retired and had not flown a plane in a decade.

It was unclear why he was back in the cockpit of an Su-25 Russian jet, one of Russia’s most sophisticated fighter planes.

“There are few people on this planet who lived in the sky like you. The sky takes the best, today it took you,” read one memorial posted to a Telegram channel favored by Russian pilots, according to reports.

Ukrainian officials announced the shooting down of an Su-25 Russian fighter jet along with a picture of wreckage.

A colleague of the fallen pilot told the BBC that Botashev felt a duty to take up arms against Ukraine, saying he probably “just couldn’t stay on the sidelines.”

Former colleagues told the outlet that his enlistment suggested that Russia was starved for qualified pilots.

In addition to the more than dozen slain Russian generals, more than 40 colonels are believed to have died in the increasingly bloody conflict, according to reports.

Russian officials have yet to confirm or comment on Botashev’s reported death.