A new study suggests that nearly everything archaeologists thought they knew about the 5,300-year-old corpse’s preservation was wrong 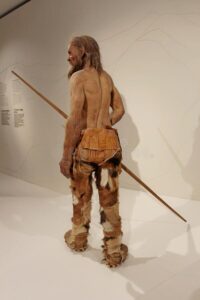 In September 1991, German hikers exploring the Tyrolean Alps between Italy and Austria made a shocking discovery: a human corpse. Though officials initially assumed that the man had died recently, archaeologists later revealed that the body—which had been shot in the back with an arrow—was roughly 5,300 years old. Somehow, the ice, snow, sun, wind and other conditions of the high-alpine environment had preserved the body for the ages. 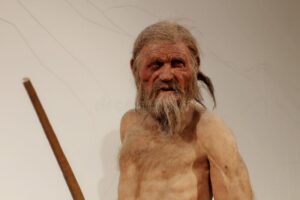 The ice mummy later earned the nickname “Ötzi,” a reference to the nearby Ötztal Valley. Since 1998, the South Tyrol Museum of Archaeology in Bolzano, Italy, has housed his body in a special cold cell unit. Visitors can look at Ötzi through a small window, as well as view restored pieces of his clothing and equipment. At the time, researchers assumed that the find was an unusual one-off, the result of a perfect storm of weather and climate conditions that just so happened to coalesce to preserve the body—essentially, they thought it was a happy accident. 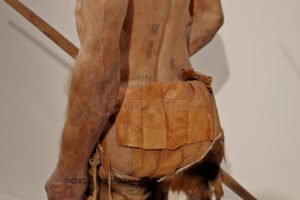 But new research suggests otherwise. And, as global temperatures rise because of human-caused climate change and ice melts around the world, more historic bodies and other artifacts are likely to surface, according to a new paper published this week in The Holocene. 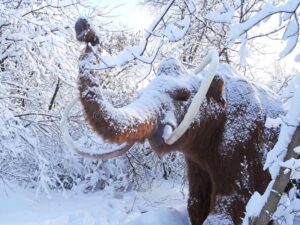 When archaeologists first began to ponder the conditions that preserved Ötzi, one prevailing theory went like this: Late in the year, the iceman was running away from someone or something, possibly a conflict, and decided to hide out in the mountains. He ultimately died there and quickly became buried in winter snow. Ötzi fell into a shallow gully, which protected him from the movement of glaciers. Then, not long after, the climate evolved and temperatures dropped for hundreds of years, encasing his body in ice. 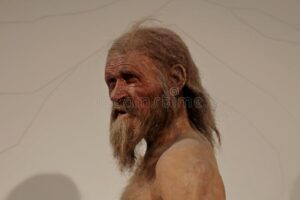 He remained that way until 1991, scientists agreed, when the snow and ice began to melt away and revealed part of his body. 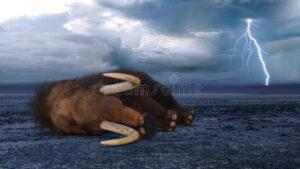 “The general understanding was that Ötzi marked this beginning of a cooler period, as people were sure that [he] must have been within the ice without interruption since his death,” says Matthias Huss, a glaciologist at ETH Zürich in Switzerland who was not involved in the new paper, to Science’s Andrew Curry. Now, however, archaeologists believe there wasn’t so much serendipity involved. Some 30 years after the discovery of Ötzi, some researchers decided to take a fresh look at the evidence—and that led them to a new theory. Based on radiocarbon dating and other analyses of the leaves, seeds, moss, grass and dung found near his body, they believe Ötzi actually died in the spring, rather than the fall, which means his corpse was exposed during the summer. And because some of these organic materials were found to be younger than Ötzi, the team posits that the site was open to the air on multiple occasions during the last 5,300 years. This all points to a different story: that Ötzi was regularly exposed to the elements, not cocooned in an iron-clad, frozen time capsule. 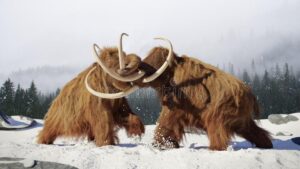 They also now believe that Ötzi died somewhere other than the gully where he was discovered. Archaeologists found his damaged belongings dispersed around the site, which suggests that he died at a higher elevation and that, sometime later, spring and summer runoff or shifting ice likely pushed his body into the gully. 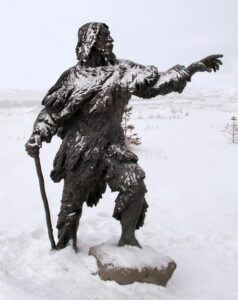 “The big test is to imagine that Ötzi was found today,” says study co-author Lars Pilø, an archaeologist with the Oppland County Glacier Archaeological Program in Norway, to ScienceNorway’s Ida Irene Bergstrøm. “With everything we now know about how glacial archaeological localities work, would anybody have come up with [this] theory? The answer to that is no. We don’t need the string of miracles, Ötzi was preserved by regular natural processes.” 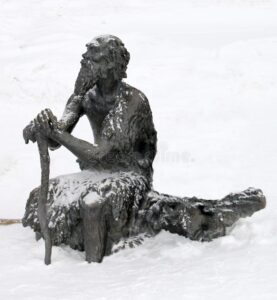 Indeed, since Ötzi’s discovery, archaeologists have discovered other human bodies, horse remains, skis, hunting gear and other historic artifacts in melting glaciers. Though in the early 1990s, researchers assumed Ötzi’s preservation was a fluke, that now seems not to be the case. Visitors to the museum can view the iceman’s mummy through a small window. Courtesy of South Tyrol Museum of Archaeology / Ochsenreiter

Taken together, these new conclusions go against the long-held belief that Ötzi’s death marked the beginning of a long-lasting cold era of the climate. In addition, as ice continues to melt as a result of global warming, the findings suggest hikers—and researchers—may want to keep their eyes peeled for even more remarkable finds like Ötzi. 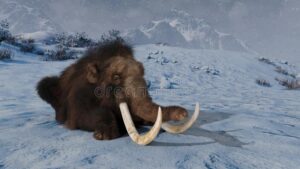 “The find circumstances of Ötzi are quite normal for glacial archaeology,” the researchers write in the paper. “The chances of finding another prehistoric human body in a similar topographical setting… should therefore be higher than previously believed, since a string of special circumstances is not needed for the preservation of this type of find, and relevant locations are now affected by heavy melt events.”

Sarah Kuta is a writer and editor based in Longmont, Colorado. She covers history, science, travel, food and beverage, sustainability, economics and other topics.