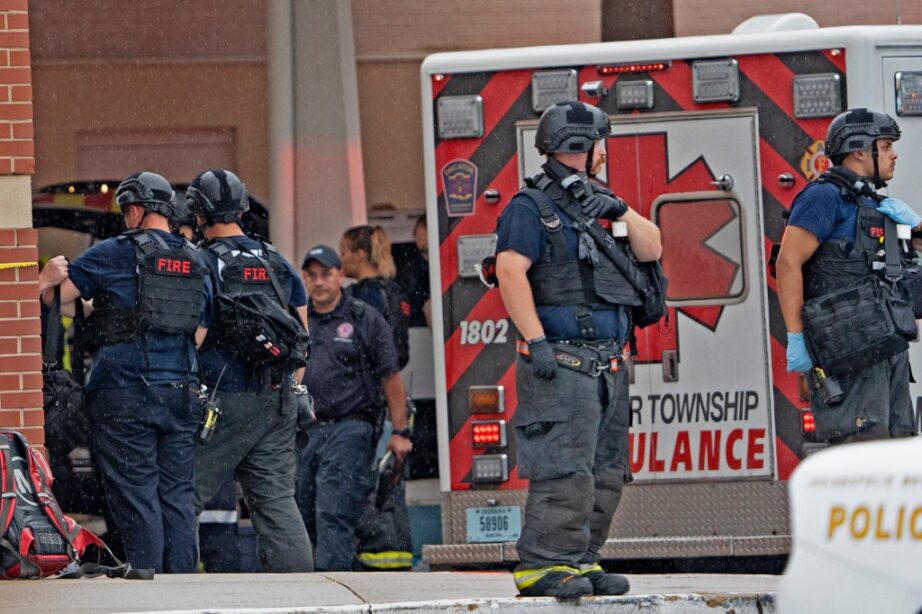 Authorities identified the three victims killed in an Indiana mall shooting Sunday, their disturbed killer and the hero bystander who shot him dead — and likely saved countless others from being gunned down.

A husband and wife from Indianapolis identified as Pedro Pineda, 56, and Rosa Mirian Rivera de Pineda, 37, as well as Victor Gomez, 30, were fatally wounded when Jonathan Sapirman opened fire on shoppers inside the Greenwood Park Mall shortly before 6 p.m., police and the local coroner announced Monday.

Sapirman, 20, was also killed when he was shot by a legally armed man who was at the mall shopping with his girlfriend at the time, Greenwood Police Chief James Ison said at a press conference.

That shopper, 22-year-old Elisjsha Dicken, of Seymour, shot and killed Sapirman with a pistol two minutes after the shooting began.

He was praised for his heroic efforts at the media briefing.

If it wasn’t for Elisjsha Dicken’s quick actions in taking down the gunman, “Many more people would have died,” says Greenwood Police Chief James Ison.Good Sam Facebook

Sapirman, who quit his warehouse job and was facing eviction from his home, entered the mall shortly before 5 p.m. and went straight into a bathroom near the food court where he spent more than an hour preparing for the shooting, Ison said.

An hour and two minutes later, he exited the bathroom and immediately began firing a rifle at people in the food court — first striking Gomez and then the Pinedas.

The gunman also shot a 22-year-old woman in the leg. She is recovering in an area hospital.

A 12-year-old girl also received medical treatment after she was struck in the back with a bullet fragment that ricocheted off a wall inside the mall, Ison said.

Two minutes after Sapirman opened fire, Dicken confronted him and shot 10 rounds at him from a distance. Sapirman attempted to retreat into the bathroom to take cover, but was mortally wounded and fell to the floor.