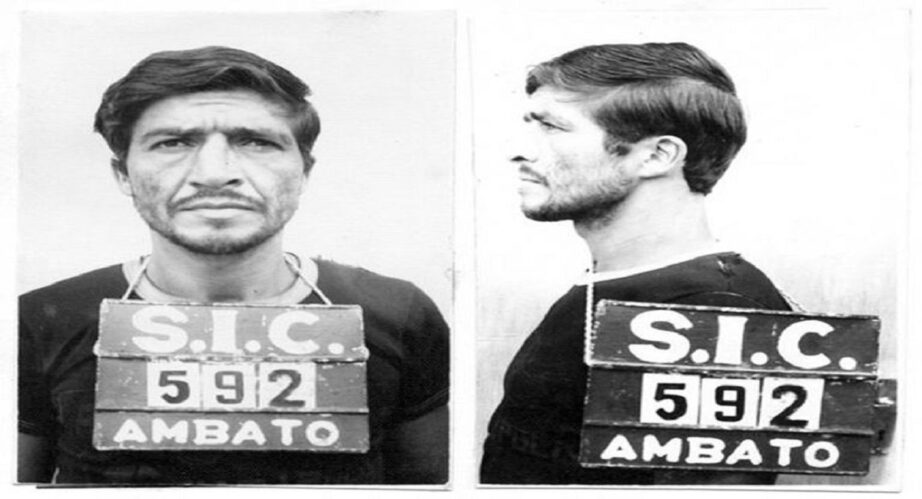 He was born October 8, 1948 in Tolima, Colombia, a time when the country was in political confusion and uncertainty.

The 2006 edition of the Guinness World Records credited Lopez as being the “most prolific serial killer”. The listing was removed after complaints that it made a competition out of murder.

He is famous for his quotes “They Never Scream. They Expect Nothing. They Are Innocent.”

“I walked among the markets searching for a girl with a certain look on her face. A look of innocence and beauty,” he told journalist Ron Laytner in an interview 1994.

“She would be a good girl, always working with her mother. I followed them, sometimes for two or three days, waiting for the moment when she was left alone.”

López’s mother was a prostitute named Benilda López De Casteneda. According to López, he was witnessing acts of prostitution while growing up had disturbing effects on his psyche.

He was evicted from the family home when his mother caught him touching his younger sister’s breast in 1957.

Then, he says he was picked up by a man, taken to a deserted house and repeatedly sodomized.

At age twelve, he was taken in by an American family and enrolled in a school for orphans. He ran away after two years because he was allegedly molested by a male teacher. Shortly afterward, Lopez stole money and fled back into the streets.

At 18, he stole cars for a living and sold the cars to local chop shops.

During his incarceration for car theft López claimed he was brutally gang-raped by another 4 prisoners, and that he hunted down his rapists and killed the most brutal while still in prison. That made 2 years of extended jail as he claimed it was for self defense.

He said that after his jail term, he started murdering young girls in Peru.

He also claimed that, by 1978, he had killed over 100 of them and that he had been caught by a native tribe, who were preparing to execute him, when an American Christian missionary intervened and persuaded them to hand him over to the state police. The police soon released him.

After that he said he moved to Colombia and later Ecuador, killing about three girls a week. López said: “I like the girls in Ecuador, they are more gentle and trusting, more innocent.”

López was arrested when an attempted abduction failed and he was trapped by market traders.

The Associated Press (AP) reported that he was arrested in March 1980, and that he confessed to killing 103 girls, including 53 whose bodies had been found. In January 1981, he was convicted of three murders, and had confessed to three hundred sexual assaults and stranglings. The police only believed his confessions when a flash flood uncovered a mass grave containing many of his victims.

According to the BBC, López “was arrested in 1980, but was freed by the government in Ecuador at the end of 1998.” In an interview from his prison cell, López described himself as “the man of the century” and said he was being released for “good behavior.”

An A&E Biography documentary reported that he was released from an Ecuadorian prison on 31 August 1994, then rearrested as an illegal immigrant and handed over to Colombian authorities, who charged him with a 20-year-old murder.

He was declared insane and held in the psychiatric wing of a Bogotá hospital. In 1998, he was declared sane and released on $50 bail, subject to certain conditions. He later absconded.

The same documentary says that Interpol released an advisory for his rearrest by Colombian authorities over a fresh murder in 2002, and he is currently wanted by the police.

There is no current information regarding López. His whereabouts are unknown as of 2020.