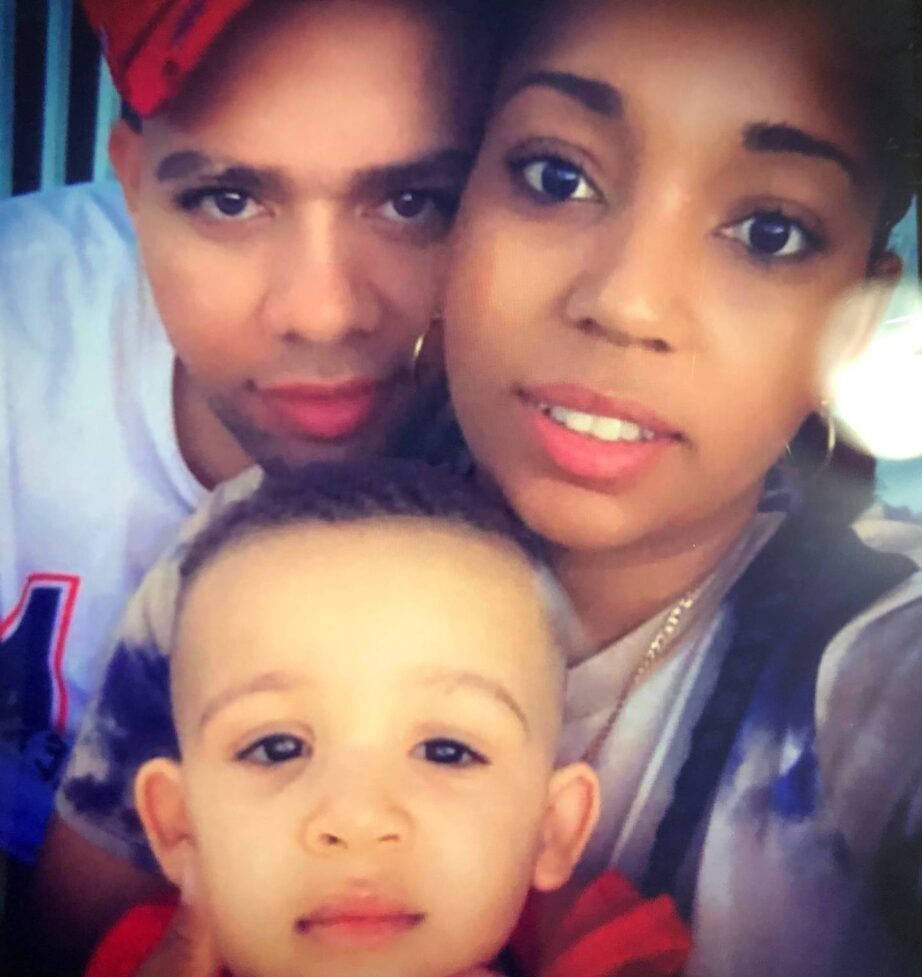 An NYPD cop was stabbed to death by her estranged husband in her Bronx apartment early Monday, police said.

The 31-year-old victim was off duty when she was stabbed multiple times all over her body inside her home on the Grand Concourse near E. 156th St. about 2:50 a.m., cops said.

An off-duty NYPD cop was fatally stabbed by her estranged husband in her Bronx apartment early Monday — an attack that left her family heartbroken and fellow officers stunned.

After the attack, the victim managed to call her cousin, who then called 911, a police source said. Medics tried to save her, but she died at the scene.

NYPD Officer Arianna Reyes-Gomez, 31, was stabbed multiple times all over her body inside her home on Grand Concourse near E. 156th St. at about 2:50 a.m. on Monday.

The cop’s 34-year-old ex-husband, Argenis de Jesus Baez Pizano, who lives on Sedgwick Ave. in the Bronx, surrendered to police and was later charged with murder, manslaughter and criminal possession of a weapon. He awaits arraignment.

Argenis Pizano is walked from the NYPD 44th Precinct station house in the Bronx on Monday after being charged with the murder of NYPD officer Arianna Reyes-Gomez. (Gardiner Anderson/for New York Daily News)

The couple have a son together who turns 4 in August, Reyes-Gomez’s brother, Pedro Reyes, 46, told the Daily News — and has been living with relatives in Georgia.

“We don’t know what was going on with them, we just knew they were separated,” Reyes said of his sister and Pizano. “We can’t believe it.”

“We’re feeling awful about this,” he told The News. “We are in shock. We have no words.”

Pedro Reyes said his sister was the baby of their large family and “a good sister and a good woman.”

“She was so helpful, she helped everybody,” the grieving brother said.

She loved being a police officer. She was studying to be a sergeant.”

The brother said the entire family was proud of the their youngest sibling.

“She worked hard to become a police officer,” he said. “We want justice.”

The slain cop is survived by three sisters, two brother and her adored son.

“She was really a single mother,” Pedro Reyes told The News, and lived

in Georgia where he was “being taken care of by his grandparents and aunts. He was going to come back to New York in September to start school.”

He said the tot, who is named after his father, had figured out how to use cell phones.

“The baby talked to her every day and they would stay on the phone forever. He was everything to her,” he said.

He hasn’t been told his mother is gone, he said. “He’s only a baby,” he said.

The officer, who joined the NYPD in April 2019 and was assigned to a transit district in Brooklyn.

The victim’s sister said she was too upset to talk.

“I don’t feel well right now,” Norma Reyes said. “I don’t have the head for this.”

By late Monday morning, scores of the victim’s colleagues, including NYPD Chief of Transit Jason Wilcox, had gathered in grief outside the slain officer’s building.

“We’ve had far to many cases of domestic violence homicides in the Bronx,” Gibson said. “It can happen to anyone, even police officers, even first responders. So it just reminds us that we have to keep doing this work, we have to keep focusing on resources and programs for victims of domestic violence, giving them a safe space and an outlet to go to.”