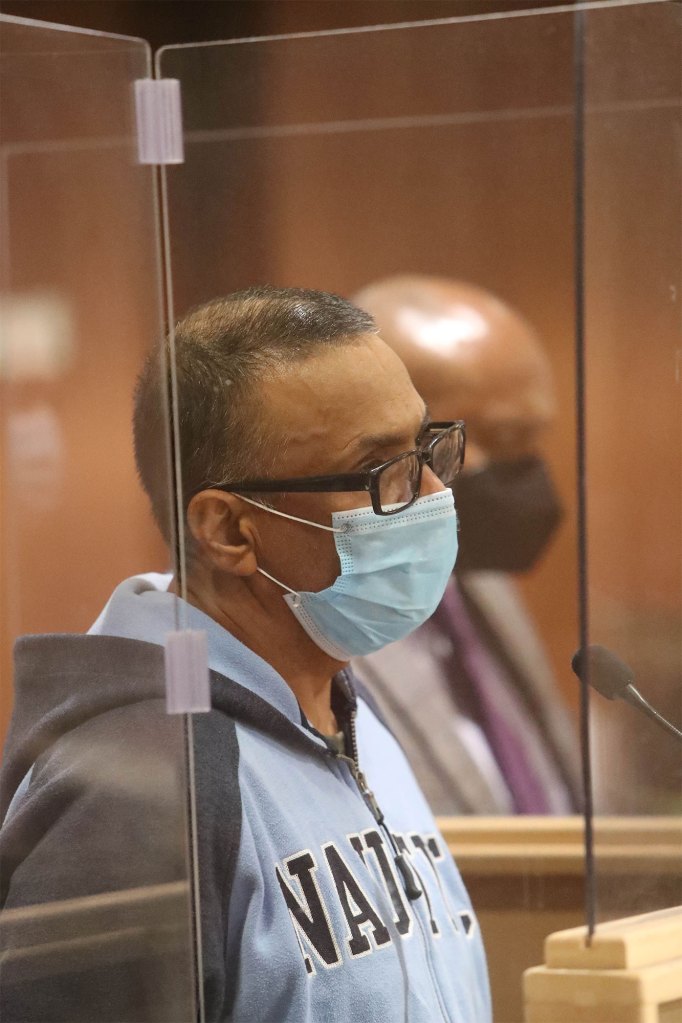 A man from Queens admitted to murdering his nephew with a machete, prosecutors said. Ellis Kaplan

The Queens man accused of hacking his nephew to death with a machete gave a grisly step-by-step account of the murder to cops, admitting, “I chopped him up,” prosecutors revealed Monday.

“His whole life he wanted to kill me,” Suhnandan said of the victim, according to authorities. “I chopped him up.

“I heard Neraz say he would kill me if he caught me outside,” he said. “I got my ‘Cutlass’ from my bed — it’s a machete. It has a wooden handle.

“I went downstairs, kicked open his door and asked him why he wants to kill me.

The murder occurred at around 5 a.m. on Sunday, the day after the pair got into a heated argument. Ellis Kaplan

“He poked me with something, and I chopped him three times,” Suhnandan allegedly said. “I pause between the second and third chop and said, ‘You want to kill me? I will kill you,’ and then continued to chop him.

“The blood on my feet and on my sandals is his,” he added. “He asked me why I chopped him. I leaned back for leverage for the big chops that caught him in the neck.”

The bone-chilling account came as Judge Diego Freire ordered Suhnanda held without bail on murder charges at his arraignment in Queens court Monday.

Mahadeo Suhnandan, 50, said that his nephew had wanted to kill him his whole life. Ellis Kaplan

Even the defendant’s lawyer, David Donaldson Strachan of Queens Defenders, told the judge at one point of the case, “I know, it’s a doozy.”

The defendant remained quiet and composed during the proceedings.

“He has no criminal record, and this is his first arrest,” Strachan noted to the judge.

Police said the brutal slaying occurred around 5 a.m. Sunday after the pair got into a heated argument the day before, prosecutors said.

Suhnandan allegedly said he called cops Saturday night after his nephew told him “he wanted to shoot me in the head” and planned to go to the 103rd Precinct later Sunday.

On Sunday, a family neighbor told The Post the family was feuding over ownership of the house after Suhnandan’s mother-in-law died from COVID about 2 1/2 years ago.

Roberts continued to live in the basement until he was slashed to death.