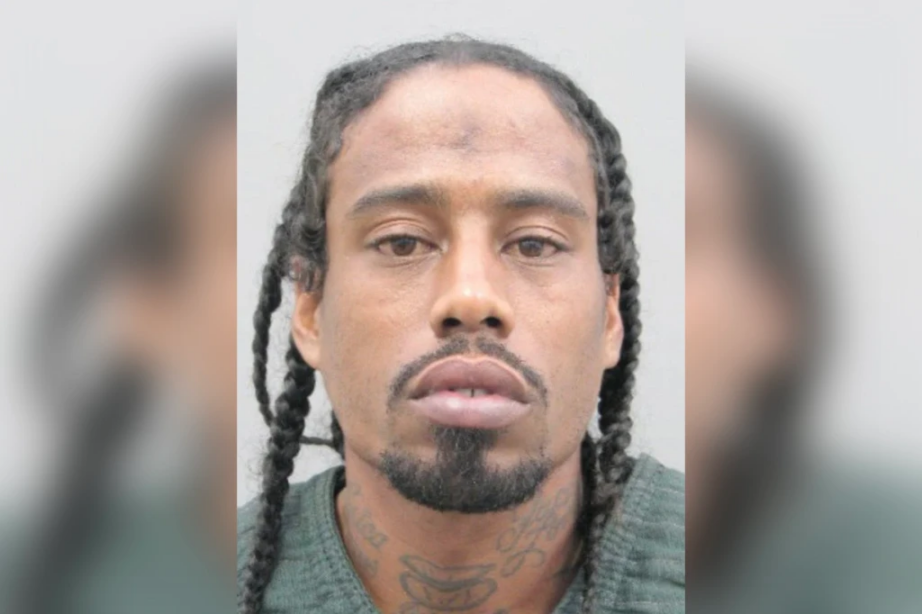 Gerald Oglesby admitted to police that he whipped his five-year-old, General Sema’j Oglesby, repeatedly with an electrical cord.Henderson Police Department

A dad is facing murder charges after he allegedly told cops he whipped his son to death because he didn’t approve of the TV show the boy was watching.

Gerald Oglesby, 33, has been charged in the murder of his son, General Sema’j Oglesby, 5.

The child was found dead at approximately 1:30am on March 16, according to reports.

Gerald admitted to beating the child to police, according to the Las Vegas Review-Journal, stating he whipped the five-year-old repeatedly with an electrical cord. Then, he dealt General a blow to the stomach that proved to be fatal.

During the first whippings, Gerald allegedly caused the boy’s chin to split open and bleed.

The police report states that the man then gave General a shower before continuing to beat him with the electrical cord. Then, with a slipper over his hand, he punched the boy in the abdomen.

“Gerald explained as soon as he struck (the child) in the abdomen, he knew he struck him too hard,” police wrote in the arrest report.

The boy, who was having trouble walking at that point, then laid down on the couch and vomited. Eventually, his breathing stopped.

Gerald allegedly performed chest compressions, but did not call 911 right away. Once on the phone with 911, he said General had not taken a breath in 13 minutes.

“Gerald did not call the paramedics or anyone else to see if he could get some help,” according to the report. He instead went beside the boy, “rubbing his body for comfort.”

“Gerald stated he did not want to lose custody of (his son) and so he chose not to call to get help,” cops wrote.

Instead, he sent text messages to the boy’s mother, Charlveena Veecee, and to his sister. The mother received photos of the boy that had been on Gerald’s phone, while the man allegedly admitted to his sister that he whipped General too hard.

He then smoked a marijuana cigarette and proceeded to call 911, according to the arrest report.

When he was instructed by emergency dispatchers to perform CPR on his son, Gerald allegedly refused, the report states.

Gerald faces one count of murder and has been jailed in Henderson, according to reports.

In the police report, Gerald told cops he had spanked his son in the past for “back talking.”

“Gerald used a cell phone charging cord and hit him multiple times in the arms the back the abdomen and the side of his neck including his jawline,” according to the arrest report.

The 33-year-old was previously arrested and charged with multiple counts of domestic battery and one count of domestic battery by strangulation. He allegedly choked his girlfriend while her children were in the living room of their apartment, according to an arrest report.

A neighbour who lives downstairs from General claims to have heard repeated thumping noises for two hours on the evening of March 15.

This story originally appeared on The Sun and has been reproduced here with permission.