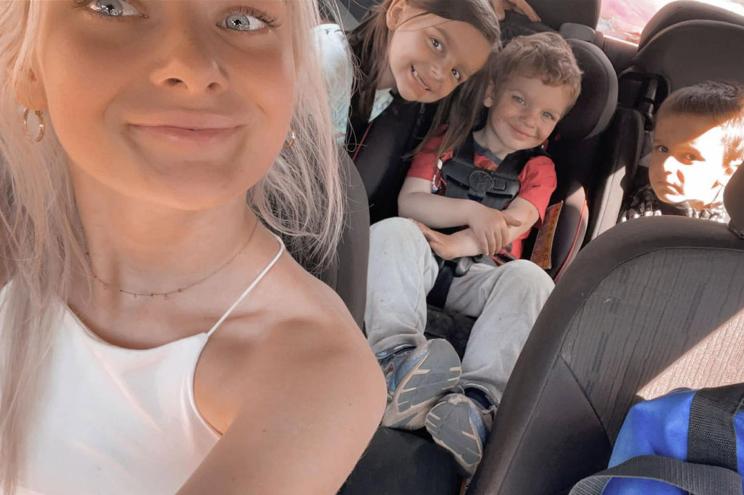 Three children and their mother were shot dead and cops believe the father is a suspect, according to Michigan authorities.

Mecosta County Sheriff Brian Miller told MLive.com that evidence suggests the husband was responsible for the deaths of his children and wife, though he didn’t go into further details Saturday.

Deputies discovered the woman and kids dead and the man injured with a gunshot wound to the head when they responded to a call Friday afternoon of a man with a gun and shots fired, according to the county sheriff’s office.

The four family members died from gunshot wounds, police said. The man was rushed to an area hospital.

“We have a very tight-knit community in Mecosta,” Miller told MLive.com. “There’s no better place I’d rather raise my kids at.”

An investigation is underway.

“With our first-responders, almost everyone at the scene had children of their own. I can tell you they took it very hard,” Miller reportedly said.

Hailey Salisbury told ABC 13 that the woman killed was her mother Dawn Gillard, 40, and the three children were her half-siblings 6-year-old Katelynn Gillard, 4-year-old Ronald Gillard and 3-year-old Joshua Gillard.

The man, in the car with the family, was found injured with a gunshot wound to the head.TikTok/ Hailey.Salisbury

“I am in total shock. I am so devastated,” Salisbury said.

She said the wounded man is her step-father, Charles Gillard, according to ABC 13.

Authorities have yet to release the name of those involved.

Salisbury also posted several videos on TikTok grieving the loss of her family members and in one video stating, ” ‘I WILL find a way to speak to you before you die in prison you disgusting sickening thing,” according to the Daily Mail.