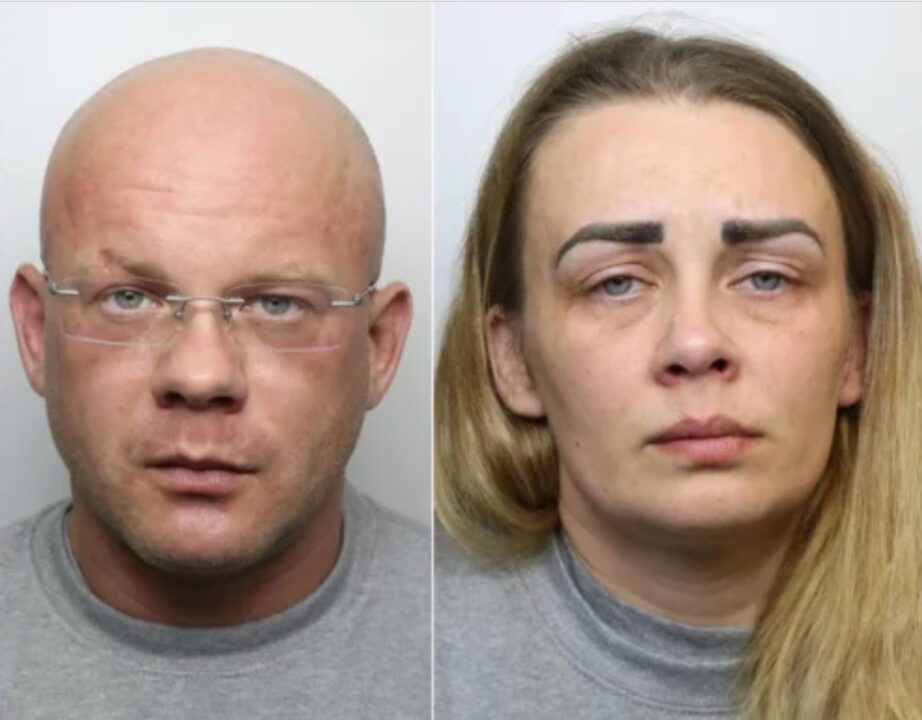 A MUM and her lover have been found guilty of murdering her 15-year-old son who died after a campaign of torture.

Sebastian Kalinowski died of an infection caused by “untreated complications of multiple rib fractures”, after weeks of “cruel assaults and abuse” by his mum Agnieszka Kalinowska, 35, and her partner.

Mum Agnieszk Kalinowska, pictured, and her boyfriend had denied murder during their trial

Andrzej Latoszewski admitted manslaughter on the second day of the trial

Andrzej Latoszewski and Agnieszka Kalinowska are likely to be sentenced in October, at the earliestCredit: Not known, clear with picture desk

A jury at Leeds Crown Court heard that Sebastian was beaten with a bed slat, whipped with an extension cable and stabbed with a needle by his mother and long-term partner Andrzej Latoszewski, 38.

After the couple were arrested in connection with Sebastian’s death, police seized CCTV cameras from their house in Huddersfield, West Yorkshire, which prosecutors said had been installed partly to “monitor and exert control over Sebastian remotely”.

Kalinowska and Latoszewski denied murdering Sebastian but were found guilty at Leeds Crown Court on Friday.

Latoszewski admitted manslaughter on the second day of the trial, while both defendants pleaded guilty to child cruelty a day later.

The judge, Mrs Justice Lambert, said the pair will not be sentenced until October at the earliest.

The court previously heard that the 15-year-old had been in the UK for less than a year after moving from Poland to live with his mother and her boyfriend.

The teen was beaten with a bed slat, whipped with an extension cable and stabbed with a needle during a campaign of “torture” at the hands of the couple, according to prosecutors.

Prosecutor Jason Pitter QC said the CCTV technology had been installed partly to “monitor and exert control over Sebastian remotely”.

“In a twist, it is that system that has recorded the abuse he had to endure,” he told the court.

Jurors heard that on the morning of Sebastian’s final day, he went through “the routine of being assaulted by both defendants”.

Mr Pitter said CCTV showed Latoszewski taking Sebastian out of the bedroom at 8.25am, before carrying him back around 15 minutes later, “naked, clearly wet and unconscious”.

He said: “Whilst some limited efforts were made by Latoszewski to perform CPR, the reality is it may have been too late as Sebastian showed no sign of life once he was brought back into the bedroom.

“At 9.24am, Latoszewski appeared to be trying to pour water into Sebastian’s mouth before then blowing into it.

“Was that the beginnings of an attempt to give the impression that Sebastian had drowned by trying to force water into his airways?”

When emergency services were eventually called to the house, Sebastian had been unconscious for two and a half hours, the CPS said.

He was taken to hospital where he was pronounced dead. Latoszewski suggested variously that Sebastian had drowned in the bath, had fallen from a tree, and had been in a fight.

Videos showed numerous incidents in which Sebastian was repeatedly punched, kicked and stamped on. In one video, he was shown being whipped with a cable.

The teenager was shown being force fed and, in one incident, had a slipper shoved into his mouth with such force that he bled.

Both Latoszewski and Kalinowska said in their defence statements the assaults were “reasonable chastisement” brought about by Sebastian’s behaviour.

Before the jury retired to consider its verdict, Nicholas Lumley QC, for Latoszewski, said: “The treatment of Sebastian is truly shocking and it should not happen in a civilised, or any, society.”

Kalinowska’s QC Leonard Smith told the jury: “No matter how hardened we are to what happens in criminal courts up and down the country, this case really takes the biscuit.”

Senior Crown prosecutor Daniel Lee said: “Agniewska Kalinowska and Andresz Latoszewski were the two people Sebastian should have been able to trust the most in the world but instead of loving, protecting and caring for Sebastian, they subjected him to an utterly horrific and prolonged campaign of extreme physical and mental abuse.

“In short, they tortured him. After suffering many months of mental and physical torment, Sebastian died of the multiple injuries he sustained at their hands. Both defendants lied and offered cowardly and implausible explanations for the extent of Sebastian’s injuries, and attempted to pass it off as ‘appropriate discipline’.

“It is impossible to contemplate the agony and fear this young boy experienced, inflicted in his own home, by his supposed care-givers.”

“The defendants are now facing very many years in prison. Our thoughts remain with Sebastian’s other relatives and we sincerely hope the successful outcome of this case will bring them some comfort.”

The judge, Mrs Justice Lambert DBE, took the unusual step of discharging all jurors from future jury service due to the nature of the evidence they had sat through.

Addressing the jury, she said: “Your commitment and your dedication to this case has been truly extraordinary, it really has.

“You have had to endure quite horrifying footage of Sebastian suffering great pain over a period of time and then his death.

“May I thank you personally for all of your hard work, dedication and patience over the last six or so weeks.”

The jury previously heard Kalinowska accepted a marriage proposal from Latoszewski while in prison.

Sebastian had moved in with his mother, Kalinowska, and her partner, Latoszewski in October 2020.

He attended North Huddersfield Trust school, where he was described as a “model pupil”, the court heard.

Sebastian attended North Huddersfield Trust school, where he was described as a ‘model pupil’Credit: MEN Media

Sebastian suffered weeks of ‘cruel assaults and abuse’ by his mum and her partnerCredit: MEN Media

Sebastian had moved in with his mum, Kalinowska, and her partner, Latoszewski in October 2020

The teenager was repeatedly kicked, punched and stamped on by bodybuilder Latoszewski

Kalinowska also took part in the assaults on her son

Jurors heard that on the morning of Sebastian’s final day, he went through ‘the routine of being assaulted by both defendants’

Both had denied murder