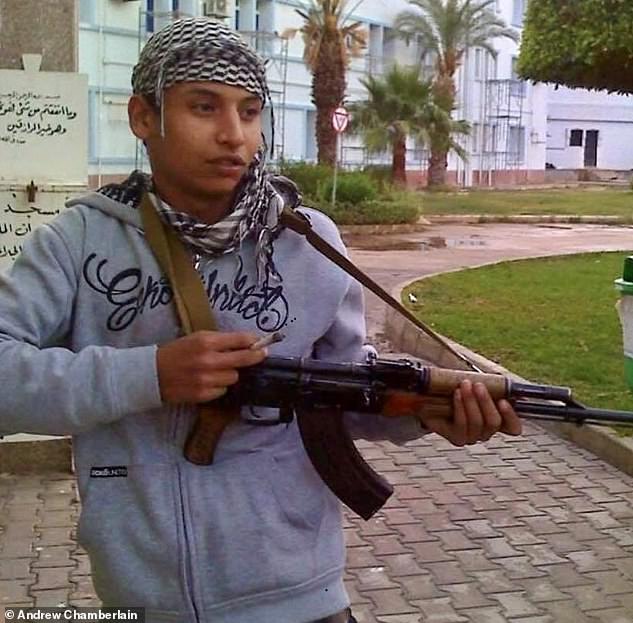 The Libyan admits three counts of murder and three of attempted murder but denies having a terrorist motive.

An alleged terrorist who stabbed three men to death in a park in Reading last June had come under the influence of a notorious preacher while in jail, a court has heard.

Khairi Saadallah, 26, pleaded guilty to three counts of murder and three of attempted murder in November but denies having a terrorist motive.

However, the Old Bailey heard he had served with an outlawed Islamist militia in Libya and had been refused asylum eight years earlier.

Saadallah, a Libyan, was not removed from the country because of “legal barriers”, despite a string of criminal convictions.

A sentencing hearing was told that Saadallah once served a jail term alongside Omar Brooks, a convert also known as Abu Izzadeen.

The pair were said to have been in HMP Bullingdon together in January 2017 when they attended Friday prayers and went to the gym together.

James Furlong, David Wails and Joseph Ritchie-Bennett were with friends sitting in Forbury Gardens in Reading on 20 June last year because their local pub, the Blagrave Arms, had been shut during lockdown.

Alison Morgan QC, prosecuting, said the three men were “enjoying being able to be together on a summer’s evening in the park, as the restrictions of the first lockdown were relaxed when shortly before 7pm, they were murdered in a brutal attack by the defendant, Khairi Saadallah.

“In less than a minute, shouting the words ‘Allahu Akbar’ [God is the greatest] the defendant carried out a lethal attack with a knife, killing all three men before they had a chance to respond and try to defend themselves.”

Within the same minute, Saadallah went on to attack others nearby, stabbing three more people – Stephen Young, Patrick Edwards and Nishit Nisudan, causing them significant injuries.

Ms Morgan said Saadallah was “ruthlessly efficient in his actions”, adding: “The prosecution’s case is that the attack perpetrated by this defendant was carefully planned and executed with determination and precision.

“He believed that in killing as many people as possible that day he was performing an act of religious jihad.”

Brooks had been convicted of terrorist funding offences in the past and was in prison in 2017 as a result of breaching a travel ban imposed on him as a result of his earlier terrorist convictions.

He had turned up in Hungary alongside another associate and was suspected of attempting to travel to Syria to join ISIS.

A sentencing hearing at the Old Bailey was told that a prison officer at HMP Bullingdon observed that Saadallah was “keen to talk to and associate with” Brooks whilst they were in custody together.

Saadallah was described by the officer as being “impressionable and volatile” and was observed regularly attending Friday prayers and the gym with Brooks.

Ms Morgan said Saadallah’s desire to associate with a known extremist in 2017 was “significant” because it “indicates that the extremist ideology that he was exposed to in Libya in 2011 remained of interest to him in 2017, three years before the attacks in this case.”

While in Tripoli, along with his father, he claimed to have been part of a group called Ansar Al-Sharia, an Islamist militia which has been proscribed as a terrorist organisation by the British government.

Although images were later found of him with firearms, he claimed he had only “helped wounded people and with delivering weapons and other things to the war fields… plus guarded some hospitals.”

In the images, Saadallah is seen wearing military fatigues and holding firearms in vehicles and on the street.

There were also images of a small handgun next to bullets arranged into a letter “K” for “Khairi.”

Saadallah was refused asylum on 6 December 2012 by which time he was staying in Manchester and absconded after an appeal failed.

But two criminal convictions the following year prompted a Home Office case review, which decided to deport him.

It did not go through because of a “legal barrier” preventing it, namely “the circumstances as they existed in Libya at that time,” Ms Morgan said.

He was released from HMP Bullingdon the next day.

Handwritten notes including the words: “We will be free and carry out Jihad and ask my Lord God that when I hold the arm, tears of joy will come down about the Hoor-al-ayn [the Virgins of Paradise] that will be happily waiting for me,” were found in his Reading flat.