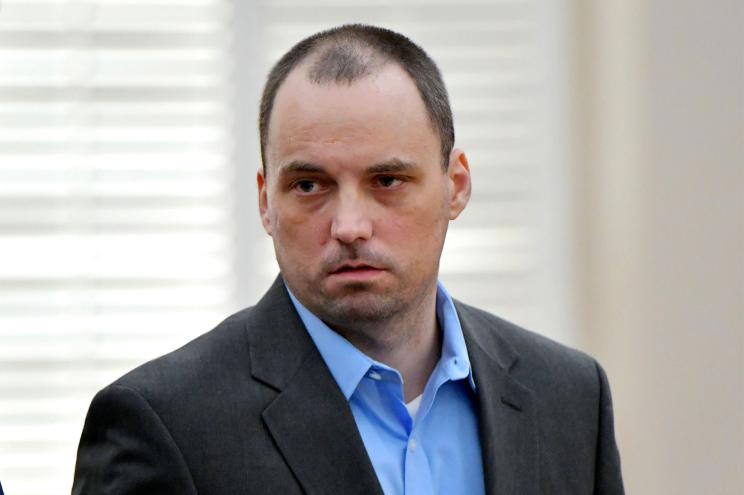 Ryan Duke was acquitted of ex-beauty queen Tara Grinstead’s murder Friday despite confessing to it in 2017.AP

A Georgia man who confessed to murdering a former beauty pageant queen was found not guilty for her slaying Friday, according to local reports.

Though Ryan Duke told local police within 90 seconds of entering the station in 2017 that he killed high school teacher Tara Grinstead back in 2005, an Irwin County jury acquitted him on Friday, according to the Atlanta Journal-Constitution.

Instead, he was found guilty of concealing her death and sentenced to ten years Monday, the newspaper reported.

Duke said on the stand he faked the confession because he was under the influence of drugs and was afraid of his friend Bo Dukes (no relation), who he alleged was Grinstead’s real killer, the AJC reported.

Duke was arrested for involvement in the case shortly after Dukes was taken into custody in 2017.

Duke, during his 2017 confession, said he broke into Grinstead’s home for drug money and when she caught him, he hit her. Authorities also said he knew details of the crime not previously released.

In his 2017 confession, Ryan Duke claimed he broke into Tara Grinstead’s house for drug money and that she caught him, prompting him to strike her.Georgia Bureau of Investigation

“I don’t feel like I deserve to be free to breathe,” Duke wrote in his 2017 confession, displayed by the website Law and Crime. “I can’t begin to comprehend the pain I have caused to her family and loved ones.”

When on the stand, Duke claimed Dukes told him that he killed Grinstead in October 2005. Dukes admitted to helping burn the body, the AJC reported.

Because her body was badly burned, only bone and teeth fragments were located but not enough to collect DNA, the AJC reported.

“Tara lost her life,” said Connie Grinstead, Grinstead’s stepmother, according to the AJC. “And that left a hole in our life that can never be filled. We will feel the pain of this loss for as long as we live.”

Duke, who has already served five years in prison, could receive up to 10 years in connection with the woman’s death.

“16 years. 6 months, and 27 days,” Gattis told the court that’s how long Grinstead has been gone, according to TV station WMAZ. “The maximum he can serve for concealing the death of another is 10 years. That’s only seven years less than the sentence I and the rest of Tara’s family and friends have experienced due to his revolting and villainous action.”