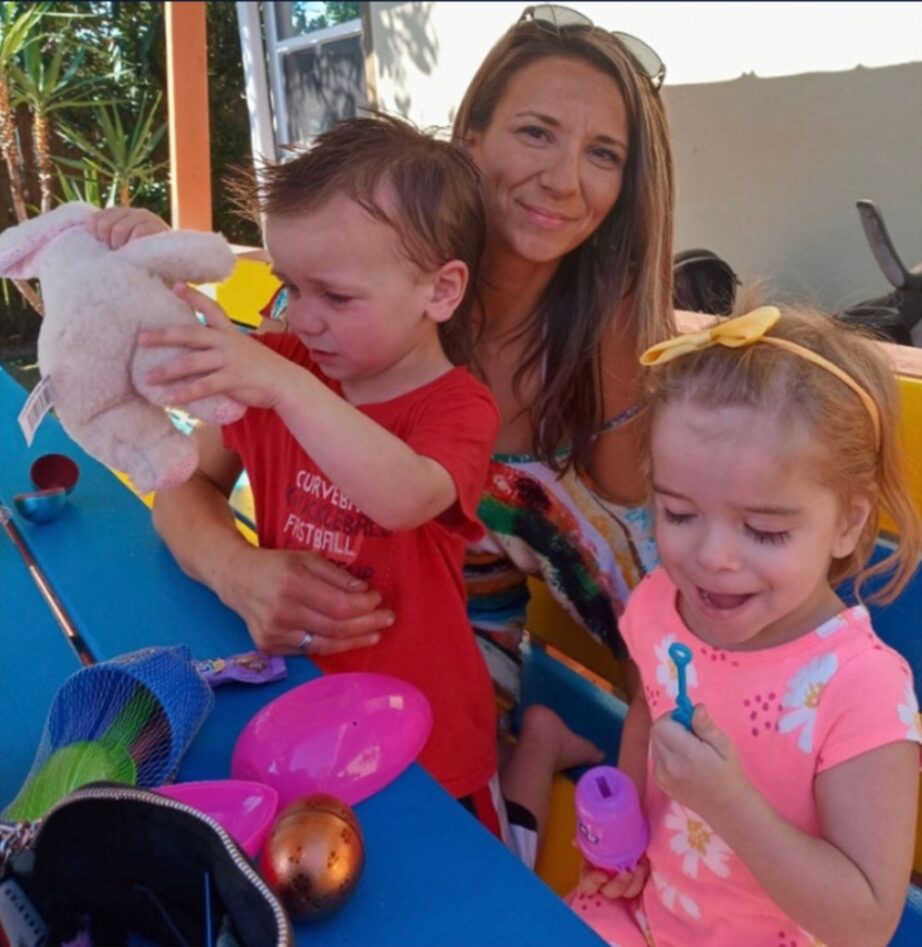 Andrea Langhorst, 35, and her two kids, Olivia and Adam Dryer, were found dead late Sunday after police received reports of a suspicious vehicle parked outside a Melbourne apartment complex.

“The windows are all fogged. They said there’s like a really bad stench coming out of it,” the 911 caller said, according to WFTV.

“But, you can’t see into the car because the windows are so fogged.”

It isn’t yet clear how long the family were inside the car, or when they died.

Investigators are awaiting autopsy and toxicology reports to determine if the trio died at the same time — or whether the mother passed away before the twins.

They are trying to track down surveillance footage from the area to determine when Langhorst parked the car and if she had any interactions with anyone after.

Her father, Randy Langhorst, suspects drugs may have played a role in the mom’s death. She had several past drug arrests to her name, records show.

The bodies were found at the Manatee Cove apartments in Melbourne on March 20, 2022.Google Maps

“The twins were her pride and joy. All I can think is that maybe … maybe the car was running and she fell asleep, maybe the fumes overwhelmed them. I don’t know,” he told Florida Today.

Police said it appeared the family was living transiently out of the vehicle along the east coast of Florida.

Randy said he hadn’t spoken to his daughter since March 11 and he’d contacted cops last week to help track her down.

Investigators are awaiting autopsy and toxicology reports to determine if the trio died at the same time.The Melbourne Police Department

“We were looking for her and hadn’t heard anything from her. That was unusual for her. We wouldn’t have daily contact with her, but this was a while,” Randy said.

“She was a free spirit, smart as a whip, beautiful, but lived her life to the beat of her own drummer. It’s just a tragedy,” her father said.