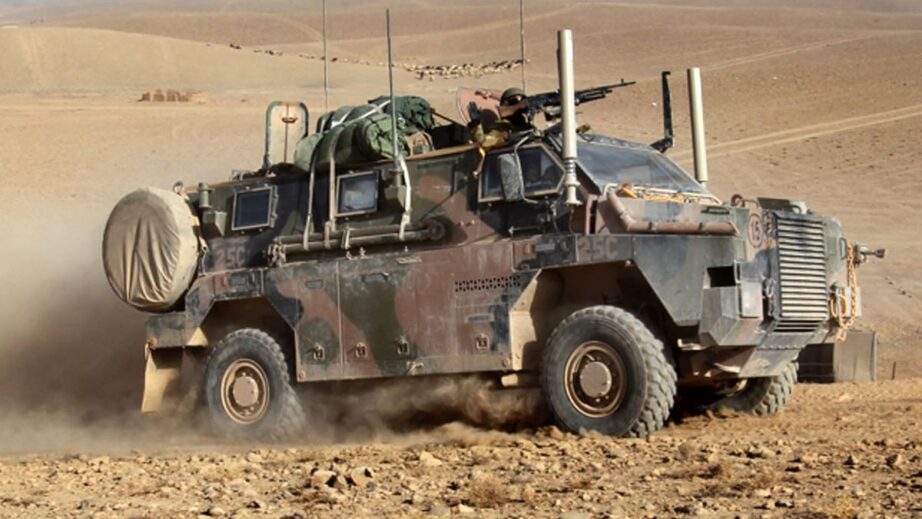 An Australian Bushmaster armoured vehicle donated to Ukraine has reportedly been destroyed by Russian forces.A video apparently showed the burnt-out wreckage of the vehicle in an empty field on the border between Donetsk and Luhansk.The Australian government donated 20 Bushmaster vehicles to Ukraine’s military earlier this year.

They were repainted olive green and fitted with radios, GPS and improved armour protection. The delivery also included two ambulance versions of the vehicle.The footage of the destroyed Bushmaster was released by Ukraine Weapons Tracker.The Bushmaster weighs 11 tonnes and is designed to protect its 10 occupants from land mines and other explosives.It was widely used by the Australian Defence Force over rugged terrain during the Afghanistan conflict.Last week an Australian humanitarian worker was killed in Ukraine.Michael O’Neill, a Tasmanian father working as a truck driver helping wounded and injured Ukrainians on the front lines, died last Wednesday.

#Ukraine: The first verified loss of a Ukrainian Bushmaster Protected Mobility Vehicle (with a EOS R400-Mk2 remote weapon station), donated by Australia. This one was recently destroyed by the Russian forces in Trypillia, #Donetsk and #Luhansk oblast border.

Meanwhile, Russian and Ukrainian troops traded blows in fierce close-quarter combat on Sunday in an eastern Ukrainian city as Moscow’s soldiers, supported by intense shelling, attempted to gain a strategic foothold to conquer the region.Ukraine’s leader also made a rare frontline visit to Kharkiv, the country’s second-largest city, to assess the strength of the national defence.In the east, Russian forces stormed Sievierodonetsk after trying unsuccessfully to encircle the strategic city, Ukrainian officials said.Ukrainian President Volodymyr Zelenskyy described the situation there as “indescribably difficult,” with a relentless Russian artillery barrage destroying critical infrastructure and damaging 90 per cent of the buildings.

Ukraine’s President Volodymyr Zelenskyy has visited front line positions in eastern Ukraine. (AP)”Capturing Sievierodonetsk is a principal task for the occupation force,” Zelenskyy said, adding that the Russians don’t care about casualties.Sievierodonetsk, located 143km south of the Russian border, has emerged in recent days as the epicentre of Moscow’s quest to capture all of Ukraine’s eastern industrial Donbas region.Russia also stepped up its efforts to capture the nearby city of Lysychansk, where civilians rushed to escape persistent shelling.The two eastern cities span the strategically important Siverskiy Donetsk River. They are the last major areas under Ukrainian control in Luhansk province, which makes up the Donbas together with the adjacent Donetsk region.– Reported with Associated Press