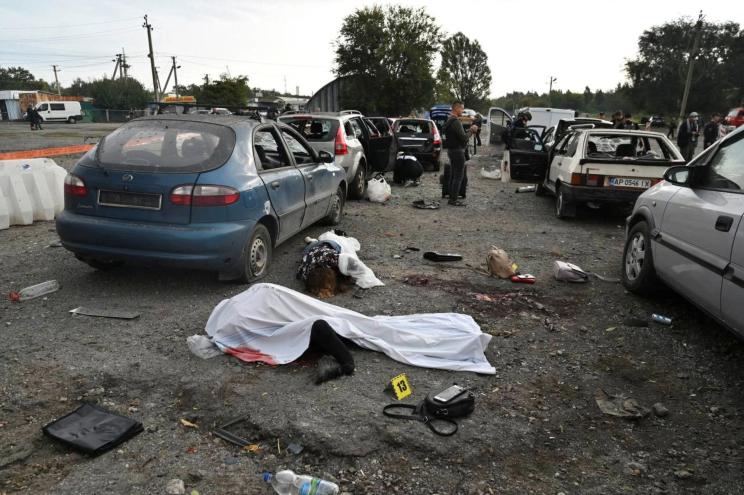 Bodies of people killed by a Russian missile strike are spotted on the road in Zaporizhzhia, Ukraine on Sept. 30, 2022. REUTERS

ZAPORIZHZHIA, Ukraine – At least 23 people were killed and 28 wounded in a Russian missile strike that hit a convoy of civilian vehicles on the outskirts of the southern Ukrainian city of Zaporizhzhia, the regional governor said.

A Reuters witness saw bodies lying on the ground or still in vehicles at the city’s sprawling Orekhovo car market. A missile had left a crater in the ground near two lines of vehicles.

“So far, 23 dead and 28 wounded. All civilians,” Oleksandr Starukh, the Zaporizhzhia regional governor, wrote on the Telegram messaging app.

Police and emergency workers had rushed to the scene of the missile strike, the impact of which threw chunks of dirt into the air and sprayed the vehicles with shrapnel. The windows of the vehicles – mostly cars and three vans – were blown out.

The vehicles were packed with the occupants’ belongings, blankets and suitcases. A body leaned from the driver’s seat into the passenger seat of a yellow car, his left hand still clutching the steering wheel. 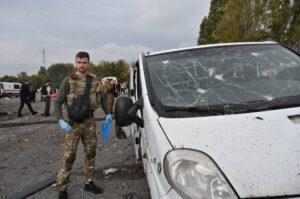 Plastic sheets were draped over the bodies of a woman and young man in a green car in the next car in front. A dead cat lay next to the young man in the rear seat.

Two bodies lay in a white mini-van in front of that car, its windows blown and the sides pitted with shrapnel.

A woman who gave her name as Nataliya said she and her husband had been visiting their children in Zaporizhzhia. 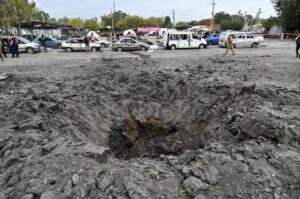 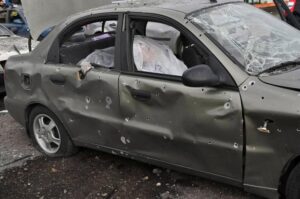 “We were returning to my mother who is 90 years old. We have been spared. It’s a miracle,” she said, standing with her husband beside their car.

Russia, which invaded Ukraine on Feb. 24 in what it calls a special military operation, denies deliberately targeting civilians though its attacks have devastated Ukrainian towns and cities.