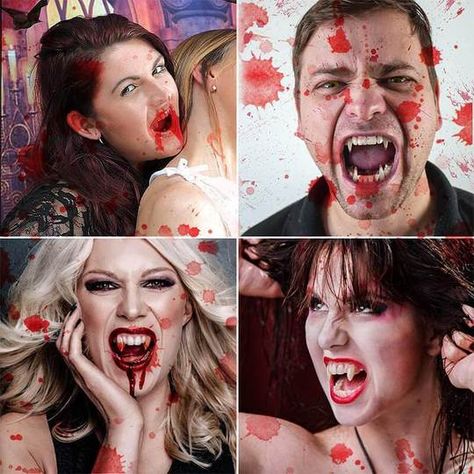 It is not just men who carry out horrendous crimes against against their fellow humans.
The following historical accounts of women with murderous intent will shock you
1 of 24 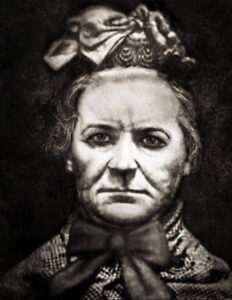 In the 1800s, Amelia Dyer made a living as a “baby farmer.” Parents with unwanted children would drop their kids off at her home and pay her a small fee to adopt them. In exchange, she promised, she’d take good care of their kids.

Instead, Dyer discarded the children, made them overdose on opioids, and hid their bodies. It took 30 horrifying years before anybody figured out her crimes. By the time she was caught, Dyer had murdered an estimated 400 children. 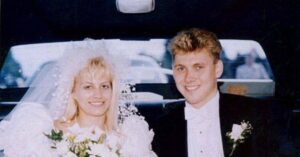 One of Canada’s most brutal murder sprees started when Karla Homolka gave her boyfriend, Paul Bernardo, a horrifying Christmas gift: her 15-year-old sister. Karla Homolka let Bernardo violently rape her sister Tammy until she choked to death on her own vomit. From there, Bernardo and Homolka rained havoc on the country, working together to violently rape and murder young girls. 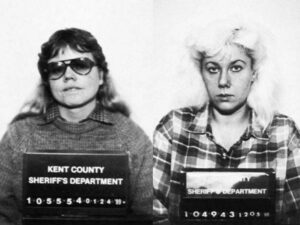 This killer couple met when they were working in a nursing home in Michigan in the 1980s. To prove their love for one another, the pair started murdering patients by smothering them in their sleep. By the time they’d been caught, they’d killed five elderly patients, all as some twisted love game. 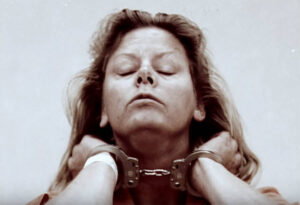 Aileen Wuornos killed seven men over the course of a single year. Wuornos was making her living as a prostitute, but in 1989, she started murdering and robbing the clients who visited her. Wuornos insisted that everyone she’d killed was a rapist and that she’d killed them in self-defense. The story of her life was turned into the 2004 film Monster. 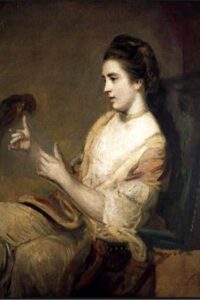 America’s first female serial killer was Lavinia Fisher. Between 1818 and 1819, she and her husband John made their living by luring people into their homes and murdering them.

Legend has it that Lavinia would feed their visitors poisoned tea and invite them to lie down when they didn’t feel well. Then, while they rested, her husband John would stab them to death and rob them blind. 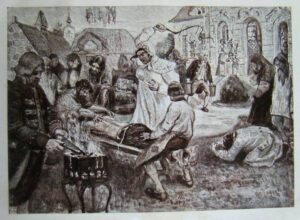 Darya Saltykova, an 18th-century Russian noblewoman, would brutally beat and torture the young girls who worked for her so badly that more than 100 of them died at her hands. Their families cried out for justice, but because they were just peasants and Saltykova was connected with royalty, it took years before anyone even bothered to look into it.

When they finally checked her home, they found 138 of the serfs under her care had died, all under suspicious and brutal circumstances. 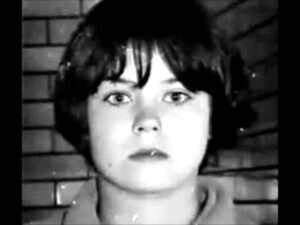 Mary Bell was only 10-years-old when she killed for the first time. She lured a four-year-old boy into an abandoned home and then strangled him to death with her bare hands.

After getting away with his first murder, Bell teamed up with a friend named Norma Bell to kill again. The pair attacked a three-year-old this time; cutting his flesh with scissors, mutilating his penis, and carving an “M” for “Mary” into his stomach. 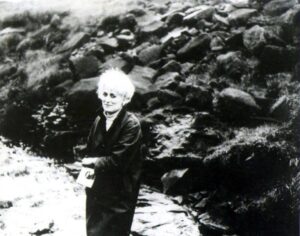 Over the course of two years in the early 1960s, Myra Hindley and her boyfriend Ian Brady murdered five children. Hindley would lure young children into their home so that Brady could brutally rape and murder them, sometimes, while she recorded the horrors. Greater Manchester Police/Getty Images 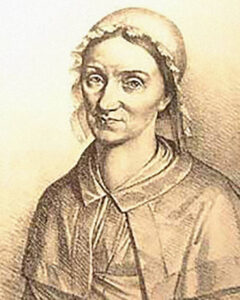 In the early 19th century, German serial killer Gesche Gottfried poisoned 15 people — including her parents, her children, two of her husbands, and one fiancé. She’d kill those closest to her by slipping them rat poison in their food. After her victims began to feel sick, she’d tend to them and then continue to poison them. She was eventually caught and killed in a public execution in 1831. 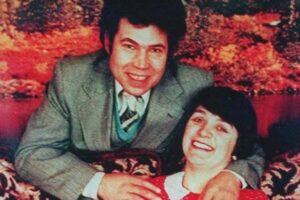 Fred and Rosemary West‘s murder spree started when Rosemary lost her temper with her eight-year-old stepdaughter and beat her to death, hiding the body under the family’s porch. After getting her first taste of murder, she developed a taste for sadism.

Afterward, Rosemary started luring women into the house so that she and her husband, Fred, could rape and murder them. They didn’t stop with strangers, either as the pair sexually abused their own children, as well. 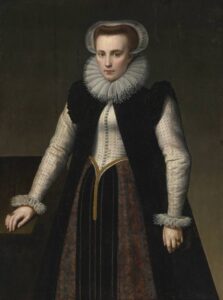 Elizabeth Bathory has been called the most prolific female killer of all time. This isn’t a wild claim because, between 1585 and 1609, she tortured and murdered an estimated 600 people.

At first, Bathory only murdered peasants, luring them in by hiring them as serving girls in her castle and then beating and torturing them to death. When she started to realize that she was getting away with it, though, she started to lure in some of the lesser gentry, as well.

She’d burn, starve, and mutilate the girls under her care. She’d scald them with tongs, cover them in honey and ants, and even bite the flesh off of their faces before giving them the mercy of death.Wikimedia Commons 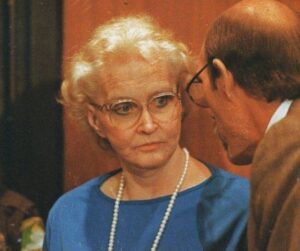 Dorothea Puente was known as the “Death House Landlady.” During the 1980s, she would invite tenants to move into her boarding house and would end up giving them a place to rest underneath her backyard.

Puente would load up her tenants up pills and drugs until they overdosed, then suffocate them while they were unconscious and bury them out back. By the time she was caught, Puente had already killed at least nine people. 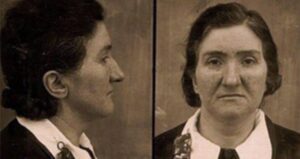 The so-called “Soap-Maker of Correggio” didn’t just murder three women. She served them to three of her friends.

When Leonarda Cianciulli’s son went off to war, she became convinced that the only way to keep him safe was through sacrifice. And so she lured a woman into her home, drugged her, hacked her body into pieces, and used her remains to make soap and teacakes — which she then served to her friends. 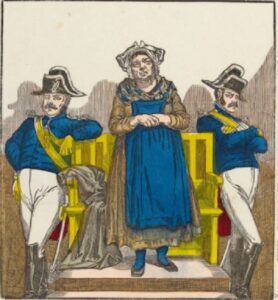 In mid-19th century France, a domestic servant named Hélène Jégado managed to murder 27 people over the course of 18 years. Jégado murdered the people she was asked to care for by sneaking arsenic into their food. She slaughtered her own family and nearly every person who dared to employ her. 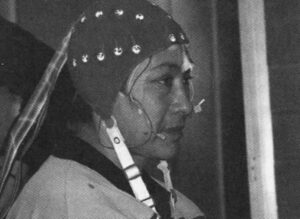 By day, Juana Barraza was a Mexican professional wrestler called “The Silent Lady.” But by night, she was a mass-murderer.

Between 1998 and 2006, Barraza killed an estimated 40 elderly women. She would trick them into thinking that she was going to help them sign up for welfare programs, and then either bludgeon or strangle them to death. She later explained that she killed the women because they reminded her of her mother. 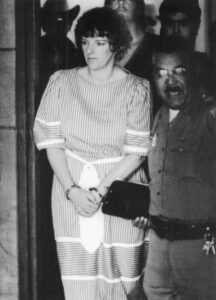 Between 1977 and 1982, Texas nurse Genene Jones killed upwards of 42 babies under her care. She injected the children with a paralyzing drug called succinylcholine, causing their little hearts to stop.

She’d killed them, as Jones would later tell the police, because she thought the hospital needed a pediatric intensive care unit and, apparently, that was worth the lives of 46 babies.

In the early 1940s, Miyuki Ishikawa killed an estimated 103 newborn babies and sometimes, made their parents pay for the service.

While working in a maternity hospital, she became convinced that some of the babies of the poor would be better off if they were never born at all. She started deliberately neglecting children and letting them die, often with the parents’ support. She’d quote them a fee to murder their babies, then tell them how much more it would cost if they tried to raise them alive.

Despite having massacred more than 100 children, Ishikawa was only given four years in prison. 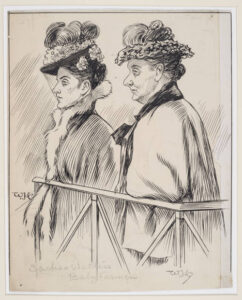 Amelia Sach and Annie Walters put out ads letting people know that they could quietly leave unwanted children on their steps. Any babies left in their charge, the women promised, would be given the best of care.

In reality, though, the twisted women poisoned every baby they were given and disposed of their bodies. They massacred at least a dozen infants before they were finally caught. The paired died together, hanging side-by-side. 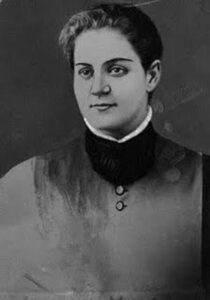 Jane Toppan once said that her ambition was “to have killed more people – helpless people – than any other man or woman who ever lived.” She was a nurse who, between 1880 and 1901, killed 31 of her elderly patients. She would poison them and then stare in their eyes, trying to watch the inner workings of their souls as they breathed their last breaths.Wikimedia Commons 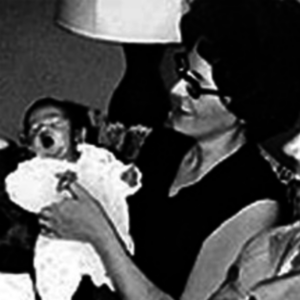 Over the course of three years in the 1960s, Waneta Hoyt murdered five children, every one of them her own flesh and blood.

Hoyt reported the deaths of her children, pretending that they’d been tragically lost through Sudden Infant Death Syndrome. At the time, nobody questioned her story. However, about 30 years later in 1994, a forensic pathologist named Dr. Linda Norton looked over Hoyt’s case while studying SIDS and realized that these deaths had been no accident. 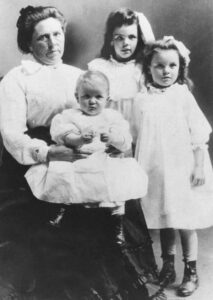 Belle Gunness‘s first victim was her own husband. In 1900, she poisoned him, strategically ending his life on a day two life insurance policies overlapped so that she could collect double the money.

For Gunness, though, murder wasn’t a one-time thing. She made it a living, luring in men with ads that called herself a “comely widow” and then murdering them for their money. Over the course of eight years, she murdered upwards to 40 people including several children. 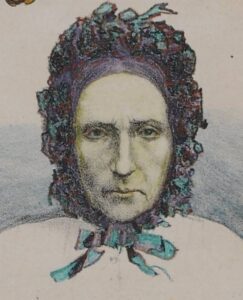 Before she was caught, Maria Swanenburg’s neighbors thought she was a saint. Swanenburg had a reputation for taking care of the sick during their last moments. Instead of caring for them, though, Swanenburg would slowly poison them while she got them to set up their insurance or inheritance in her name.

It took three years before the people of Leiden, in the Netherlands, figured out what she was doing. By the time they’d caught her, Maria Swanenburg had already killed 90 people. 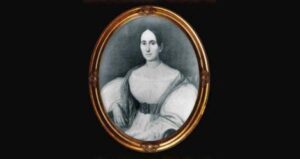 Nobody knew the extent of the horrors Delphine LaLaurie extracted upon her slaves until 1834 when her house in New Orleans went up in flames.

Inside, a slave was chained to the stove. She’d started the fire in an attempt to kill herself. If she didn’t, Madame LaLaurie was going to take her up to the attic, where horrible things happened.

Up in the attic, they found slaves were chained and bound to the walls, all horribly beaten and tortured, some with their skin flayed off. For years, Madame LaLaurie had been torturing her slaves to death and the pain had been so unendurable that some would rather burn alive than go through it. Madame Lalaurie’s story was featured in the third season of American Horror Story. 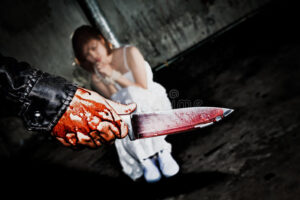